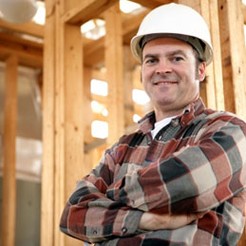 The end of Work Choices

Business has criticised the laws saying they give too much power to unions, while the unions and Ms Gillard say the laws will restore the balance of power between employers and employees.

The bill includes a 'safety net' of 10 minimum conditions, known as National Employment Standards, for all workers. They include basic requirements for leave, hours of weekly work, public holidays, notice and redundancy.

Parents will now have the right to take up to a year of unpaid leave each, while employees working for a company with fewer than 100 employees will now be able to claim for unfair dismissal.

Compulsory bargaining is a cornerstone of the new legislation. Even if an employer refuses to bargain with workers, they will be forced to do so if a majority of the workers wants to bargain collectively.

A 'wage umpire', Fair Work Australia, will oversee workers' rights and review minimum pay each year. Award wages won't apply to those earning more than $100 000 a year. The Australian Industrial Relations Commission, the Workplace Authority, the Workplace Ombudsman and the Fair Pay Commission will all be scrapped.

Ms Gillard told parliament that Work Choices had torn apart the core Australian values of mateship and a fair go.

'The philosophy that underpinned Work Choices said, essentially: make your own way in the world; without the comfort of mateship; without the protections afforded by a compassionate society; against the odds deliberately stacked against you. No safety net. No rights at work. No cooperation in the workplace to take the nation forward', she said.

The government aims to have the laws fully operational by 2010 – fulfilling a key election promise.