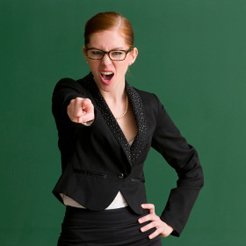 Breaking through the glass ceilingWomen

Women: We want you!

The gender divide started early. As babies we were either bundled in blue blankets or pink. As kids, the girls had tea parties, while the boys played cowboys and Indians. And as adults, the men became engineers and tradies, while the women became high school teachers and nurses. These are of course blanket generalisations, but there is a grain of truth here. The reality is, there are some industries that are, and always have been, dominated by men.

As the world becomes more attuned to this great gender divide and realises just how important female professionals are to economic growth (one government report estimates that eliminating the gender wage gap altogether could give the Australian economy a $93 billion boost), we women also need to step up and stop selling ourselves short or limiting our options. Here are a few career paths you might not have considered but could be perfect for, that just might need you:

According to the most recent statistics released by the Department of Education, Employment and Workplace Relations, women make up as little as 18 per cent of the ICT industry – meaning that less than one in five people working in IT are females. The numbers drop even more significantly when we look at women in executive and management roles in the industry.

Host Support Specialist, Janine Jardine, who has worked in IT for 20 years, witnesses this gender imbalance in the office every day. What’s more, she’s also experienced the prejudices that come with it.

‘I cannot count the number of times I have been mistaken for the personal assistant of a manager, just because my desk was located next to my male manager’, she says. While out on site, Jardine has also found that site managers will often ask her male colleague rather than her for technical advice, despite the fact that Jardine is the technician on the project.

Hopefully this trend will change, however, with organisations like Mastermind Smart Girls and Dell’s Women in IT Executive Mentoring Program (WITEM) – initiatives aimed at supporting women in ICT, particularly those entering leadership roles.

Despite some of the challenges, Jardine has enjoyed a rewarding and stimulating career in IT and is still enthusiastic about her industry. ‘IT has a lot to offer if you want to be constantly challenged, always learning, enjoy exposure to new technologies and like to think outside the square. And you get to play with computers!’

See our range of online courses in IT.

While some sectors in finance are evenly represented by both men and women, others, such as investment banking and the trading floor, are a completely different story. Perceived by many as a testosterone-fuelled modern-day battlefield, the trading floor is a financial arena that women tend to shy away from.

Trader and Associate Director of the Derivatives team at UBS, Stephanie Pow, observed this trend early on in her career. ‘When I first started on the trading floor … it was a real eye opener for me that there were so few women’, she says.

‘From my experience with Capital W and what I’ve observed in the market, even at the grad recruitment stage, it’s not 50/50 in terms of women and men applying’, says Pow.

This, along with the fact that many female colleagues perceive the trading floor as an ‘aggressive and scary’ work environment, inspired Pow to establish Capital W – an initiative set up for female UNSW students that gave them the opportunity to network with financial corporations.

‘The idea is to give women a better understanding of what the industry is like so they can make better career decisions’, says Pow, who believes misconceptions about the trading floor often lead women to limit their career options. ‘My personal opinion is that it’s almost like self-selection: ‘‘I don’t want to apply because I’m not the aggressive type. I’ve seen the movies. I don’t want to work in an environment like that”’.

While there’s no doubt the trading floor is a hectic and dynamic place to work, Pow points out that it’s nothing like the movies. So if you’re smart and driven, it could be the perfect place for you.

Want to get in on the action? Consider one of our online finance courses and go for broke!

When we think of scientists, names such as Albert Einstein, Isaac Newton and Doc Brown come to mind (yes, the guy who created the flux capacitor and travelled through time with Michael J Fox). But what about names like Marie Curie, the first woman to win a Nobel Prize in Science, or Jane Goodall, the world’s foremost expert on chimpanzees?

Unfortunately women are heavily underrepresented in the field of science, a fact that is highlighted in the 2012 Health of Australian Science report. The report, prepared by Australia’s Chief Scientist, notes that although there is an equal number of men and women completing degrees in science, ‘women accoun[t] for smaller percentage shares in scientific careers and at senior academic levels. This means there is a potentially large and talented pool of scientists that is untapped’.

So if you’re passionate about science, have a serious think about pursuing a career in this industry. With grants such as the L’Oreal Australia and New Zealand For Women in Science Fellowship, an extra X chromosome can be a serious advantage.

Check out our range of online science courses.

It’s an industry that’s traditionally male-dominated and makes you think of VB ads and Hard Yakka workwear, and the stats concur. According to ABS statistics, construction is the industry with the least amount of female representation in Australia, with women making up a mere 12 per cent of the industry.

Thankfully the building and construction sector is working towards changing its ‘boys only’ image. The ACT Training Fund Authority has devised a Tradeswomen program to encourage the fairer sex to take up a career in any number of building and construction trades. These range from carpentry and plumbing to bricklaying and cabinet making. So if you’re a woman who likes working with her hands and has an eye for detail, this is one industry you should definitely consider.

Get qualified with a certificate or diploma in building and construction.

Engineering is another highly paid but heavily male-dominated field of work. According to peak body Engineering Australia, in 2011 women represented only 11 per cent of their overall membership – a gender imbalance that is mirrored across the globe.

Simply put, there are just not enough female engineers around – it’s a trend that means a lot of undiscovered potential and talent. It’s a career that requires superior analytical and mathematical skills, so if this sounds like you then don’t let your potential go to waste!

Get your engineering qualification now.

Australia has come a long way in terms of having women in positions of power. As it stands, our country is currently being led by our first-ever female Prime Minister, our first female Governor-General and, of course, let’s not forget our female Monarch, Queen Elizabeth II herself at the helm.

Despite having achieved this ‘girl power’ trifecta in politics, the reality is that when it comes to the corporate world, women are still woefully underrepresented in senior and executive levels of management. But this doesn’t have to be the case. Chief Executive Women is one organisation that offers programs and scholarships to help develop and enable Australian female leaders. That could be you – if you know you’ve got what it takes, why not become the next Gina Rinehart?

Check out our many management courses to develop your leadership skills.

See our full range of courses for every industry.