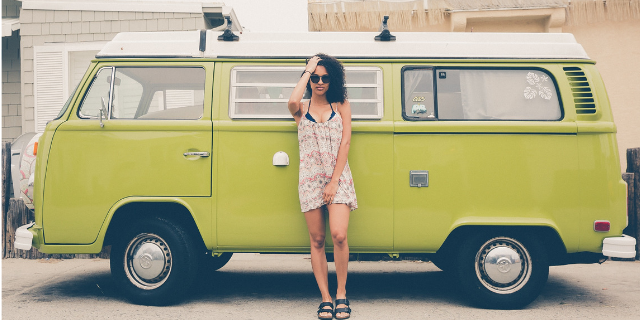 How The Sharing Economy Is Increasing Aussie Incomes

Sharing isn’t just caring. It’s also the way millions of Aussies who’ve embraced the sharing economy are boosting their incomes. From hiring rides to renting garden tools, owners are making money and renters are saving it.

What Is The Sharing Economy And How Does It Work?

They’re both names used to describe the economic model where strangers borrow from and lend to each other. Everything from cars and storage spaces to garden tools.

Technology has made the sharing economy accessible to anyone with a WiFi connection and a phone. All exchanges happen on digital platforms that connect the person who wants to rent something directly with the person who’s got it.

It’s turned the traditional way we book and rent stuff on its head. We no longer need to deal with businesses like car rental companies or hotels and the cost savings are impressive.

Both owners and renters build their reputations on social proof, each rating their experience of the other within the platform.

What Kind Of Industries Are In The Sharing Economy?

The sharing economy has exploded across so many different industries. It’s no longer just about sharing accommodation or cars.

You can do anything from borrowing an unsecured loan from strangers to renting out someone else’s garden tools. Sharing economy pioneers AirBnb and Uber aside, here’s a few more companies helping us borrow, collaborate and exchange.

People all over Australia are making extra cash each week by renting out their spare car spaces, garages and garden sheds for storage spaces. With an online community of more than 100,000 people, it’s clearly a popular way for renters to save on traditional self-storage. It’s also a savvy way for owners to boost their income with some bringing in an extra $150 per month.

Earn cash from all the gadgets you *needed* at the time but never actually use with Aussie tool sharing platform ToolMates.  Rent out or hire everything from high-pressure water cleaners to bobcats. Just because you’re sharing, it doesn’t mean you aren’t protected. For owners hiring out their tools, ToolMates will cover the tool up to the value of up to $1,000.

The rental version of Uber, Car Next Door lets you hire a range of different vehicles. An SUV for a weekend away, a van to move house or something compact to zip around the city, the platform has hundreds of vehicles available. The site also guarantees owners will earn at least $2k in 12 months or Car Next Door will pay the difference. Nice!

Thanks to Airtasker, busy Australians can buy back hours of their lives one task at a time. Meanwhile, Airtasker workers are making a profitable side hustles doing everything from freelance social media work to assembling flat pack furniture. Founded in 2012, the platform now has 2 million workers helping people get stuff (any stuff!) ticked off their to-do list.

Glamping it up for a week away has never been easier. Even if you don’t actually own a caravan.

Camplify is Australia’s largest caravan hire and RV peer-to-peer sharing community. It connects owners with renters to hire out caravans and motorhomes that would otherwise just be sitting in the garage. Depending on the type of vehicle you have, Camplify claims owners can earn up to an extra 10k per annum. See for yourself.

The peer to peer car sharing industry is booming. Drive My Car lets you get a slice of the action by hiring your vehicle out on the platform, much like Car Next Door. It offers a cost-effective alternative to traditional airport rentals cars with 24/7 roadside assistance, and insurance included.

As the remote work industry booms, freelancers and startup teams often opt for shared co-working spaces instead of working from home. Rubberdesk offers a range of options from desks in shared offices to co-working spaces and private and serviced offices to rent by the month. It’s a lucrative way for owners with bricks and mortar premises to make the most of underutilised space.

How Much Is The Sharing Economy Worth?

One in five Aussie adults is leveraging this booming industry to create their own share economy side hustle. According to research by Finder.com, on average they’re making an extra $7,300 a year.

Some are even raking in up to $10,490 of extra income a year working as drivers on ride-share platform Uber.

Globally, the sharing economy is predicted to explode from $14 billion in 2014 to $335 billion by 2025. The freedom to work your own schedule, turn a hobby into a second income or make use of stuff just sitting around makes the sharing economy a popular way to earn money. Some are even getting involved just for the fun of it.