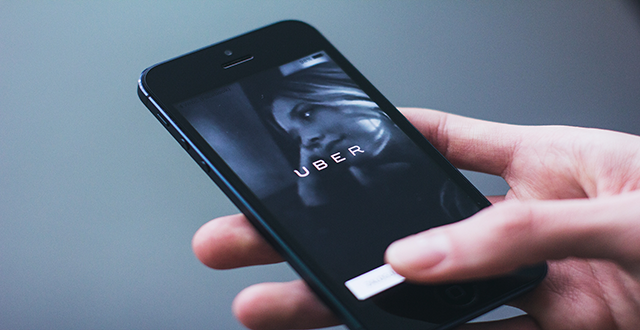 The Rise of the GIG Economy

Temporary work isn’t anything new. However, in the last few years, the GIG economy has become something of a buzzword as the rise of the internet has facilitated a whole new level of temporary work. Technological developments in communication methods, the way we send payments, and the development of the cloud has enabled people to live in one place and work in another. Remote work and the way internet platforms have been able to set up new ways of working (such as in food delivery or taxi cab hailing) has erupted and disrupted the working “norms”. As of today, in Australia alone, 2.5 million people have casual employment arrangements. This represents more than a quarter of our workforce and clocks up an increase of 13 per cent from the 1990s. These figures are significant. Want to learn more? Well, then, keep reading.

What does GIG stand for?

Originally musicians were the only ones always on the look-out for their next gig. But in recent times the term has begun to apply to a style of casual temporary work. A number of abbreviations can apply to GIG. But in relation to the gig economy, the word connects to “gig” in the sense of a performance and means a type of work which is temporary and on a casual basis.

What is the GIG Economy?

The GIG economy refers to the economy of short-term casual work.

Workers in the GIG economy may take on temporary work in the real world such as making deliveries, sending people postcards, or driving people around. Or they may complete more ethereal tasks online such as ghostwriting, coding, customer service, or Virtual Assistance.

The range of work available through the GIG economy is huge. For creative people, the GIG economy has added new ways for them to market themselves and to find work. Traditionally creatives had to focus on breaking through the gatekeepers of galleries, fellowships, residencies and so on to have any hope of success. These days, by using the GIG economy, creatives have more ways to get their work seen and sold.

Workers taking part in this style of work gain increased freedom, but there are downsides too. For example, freelancers/ giggers are vulnerable to being underpaid and often don’t get many of the benefits associated with permanent work such as superannuation, leave and so on.

While temporary work is not new, what is new, is the way the internet and entrepreneurial internet-based platforms have further fuelled this style of working.

Furthermore, attitudes to work have changed significantly with the rise of GEN Z. Younger people have begun to put their values and their desire to live a fulfilling life, over wanting to simply work the 9-5 with high rewards but no fulfilment.

The GIG economy’s siren call promises greater freedom and the ability to choose the hours you work, so this way of working has proven popular with young people.

“The current generation may see traditional working die out completely and gig working may take over… Five years ago, if you had asked me this I would have said that job security still ranked very highly in people’s lives whereas now, I’m not so sure. There used to be a lot more snobbery around temp work. The assumption was that people were using it as a stepping stone to fill a gap before returning to a permanent placement. Now you have highly-skilled, well-paid people choosing to work in this way to have more fulfilling lives.” – Matt Tyson, Managing Director, Workr Group.

How the GIG Economy is Changing the World of Work?

From the point of view of business owners and corporations, the GIG economy has produced some significant benefits. Companies can access and work with talent from all over the world. Rather than only being able to choose from a pool of candidates from the town they have based themselves. Or having to offer attractive salary packages to tempt top-talent to move. In addition, using temporary workers means they don’t necessarily have to foot the bill for a full-time employee. This helps companies get work done when the particular need in the given moment may not have permanence.

Many new emerging companies are beginning to work 100% remotely and this is changing the working world. Remote companies, of course, will face their own particular set of challenges, but remote companies can reap many benefits. For example, they can massively reduce operating costs by removing the need for central offices.

Modern companies such as Buffer, use remote work and a horizontally structured business to create positive workplace cultures. If you’ve ever heard of Ricardo Semler you will know that horizontal working isn’t new either, but the rise of the GIG economy and the way remote work can now take place has enabled the rise of companies who work differently. Many companies have begun to approach work in new ways. And much of these changes are connected to the emergence of the modern-style GIG economy.

From the point of view of workers, freelancers and giggers can take control of what they do and when. Creatives and people with valuable skills can use their skills to access work in different ways through the GIG economy. Picking and choosing from the kind of work they want to do, and the hours they work.

Not all workers are choosing the gig economy for freedom and a better work-life balance though. Many Aussies take on side gigs just to get by financially. 2019 data from the Australian Bureau Of Statistics revealed a quarter of Australians under 30 are working more than one job to make ends meet.

Whether taking on a gig for love or money (or both) workers do need to remain mindful because they are vulnerable to being exploited. Low pay and the risk of work suddenly stopping, or not finding enough work can make gigging unstable, and unpredictable.

In Australia, freelancers are considered independent contractors. They don’t have the same rights as employees but they do have some protections under the Fair Work Act 2009.

Temporary work, and working from home can also isolate you and so freelancers can benefit from joining a freelance association or freelancing support network.

The future of GIG economy jobs in Australia

While the concept of the GIG economy usually conjures up an image of an uber driver, gigging is also finding its way into the corporate arena and the trend is underway in the recruitment sector.

Smaller organisations can see the benefits of engaging high-level talent who have the experience of working in large organisations for a short amount of time.

This represents an opportunity for recruiters in the future and a shift towards the GIG economy expanding beyond ride-sharing and food delivery.

It’s clear the GIG economy in Australia is growing. Everyone has their own take on the pros and cons of the situation and where the future might take us, but one thing is clear. Things don’t look set to slow down any time soon!

Where to Find a GIG Economy Job in Australia

If you’re joining the GIG economy, either as a side hustle or as a full-time freelancer, you’ve got plenty of digital platforms to choose from.

How Much Can You Earn Working in the GIG Economy?</h2

The same Victorian Government government survey of 14,000 people revealed that more than than 7 per cent of them were currently gigging on digital platforms and earning average rates of $32 an hour. Pay can vary wildly, of course, depending on the nature of the gig!

Check out our pick of 10 gig economy gigs that cover everything from hiring out your skills as a public relations guru or freelance chef through to driving mobile billboards around and assembling furniture.