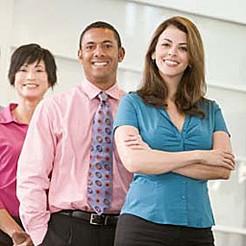 The Howard Government's controversial WorkChoices has been declared dead and buried by Labor who have replaced it with their Fair Work Bill.

WorkChoices was criticised for putting the balance of power too much in favour of employers, while the main criticism now leveled at Fair Work is that clamping down on industrial laws during turbulent economic times might cost jobs.

The crackdown on unfair dismissal laws is the most contentious part of the legislation, with critics saying it will discourage some companies from hiring through fear they won’t be able to cut workers when times are tough.

The laws were bounced back and forwards between the Senate and the House of Representatives, until Family First Senator, Steven Fielding, did a deal with the government on what size a company must be to be exempt from unfair dismissal laws.

While the Coalition conceded the government had a mandate to make the changes, Opposition leader, Malcolm Turnbull, says the laws will be judged by their impact on employment levels.

‘The three criteria on which this law will be judged are jobs, jobs, jobs. Every month there'll be a report card; the jobs figures. And it's from that report card that we and all Australians will know the real impact of this law on jobs’, he said.

Deputy Prime Minister, Julia Gillard, defended the introduction of the Government’s new workplace laws in these times of economic uncertainty. Gillard has said, ‘We designed our Fair Work Bill to be the right policy for the good economic times and the bad economic times to balance flexibility and fairness.

‘The Fair Work Bill was not designed for one set of economic circumstances’, she said.

Greens leader, Bob Brown, had suggested amendments such as paid maternity leave and limits on executive pay but did not insist on them when the Bill was passed.

Some industries have already moved to say that the IR changes will have a negative impact, with a new survey by the Australian Chamber of Commerce and Industry saying nearly half of all employers fear the new laws will lead to job losses and higher business costs.

So what exactly do the new industrial relations laws mean for workers and employers?

Under WorkChoices, only people who worked in big firms of more than 100 employees were allowed to claim unfair dismissal. Under the new laws only ‘small businesses’ of less than 15 staff will be exempt. There will now be an 18-month phasing in period during which only full-time staff will be counted after which casual and part-time employees will be included in the head count.

Another of the more contentious parts of the new laws is how workers negotiate their contracts. Under Fair Work, ‘good-faith’ bargaining will give workers the right to collective negotiations with an employer if a majority of workers want it. Previously, Australian Workplace Agreements (AWAs) gave preference to individual negotiations between each employee and their employer. Opponents of AWAs suggested that such negotiating favoured employers unreasonably.

A new and more powerful regulatory body will be created called Fair Work Australia, which will oversee ‘good-faith’ bargaining, arbitrate on pay claims in some circumstances and terminate strikes that get out of control. It spells the end for the Australian Industrial Relations Commission whose only power was terminating strike action.

Under WorkChoices, the award wage did not apply once a worker had entered into an AWA. Many argued that a lack of negotiating power would lead to people being paid less money and having poorer working condition. Five minimum standards were in place for workers on workplace agreements, whereas under Fair Work there are 10 legislated conditions, and a further 10 award conditions.

Some critics argue unions will be given too much power in the new laws and their increased access to Australian workplaces under Fair Work is particularly contentious. Under the new laws, unions can get a permit from Fair Work Australia to enter workplaces even where they don’t have members, provided they give the company 24 hours notice and the employees are eligible to be represented. Under Work Choices, unions were excluded from worksites where workers were signed to non-union inpidual agreements.

Workers have more ability to strike under Fair Work. If 50 per cent of workers support the strike action, it will be legal for the strike to go ahead. Under the previous laws, a majority vote was needed.