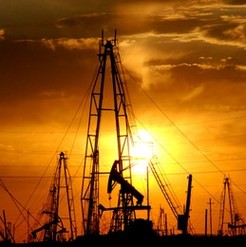 Tax to drill holes in the mining industry’s pockets

The prime minister described the meeting as ‘robust’, but was adamant that despite criticism the tax level would remain at 40 per cent.

The tax proposal, which has come in response to the Henry tax review, aims to introduce a 40 per cent tax on profits that reach above-normal proportions, made from non-renewable resources.

Under the tax, larger mining companies will be taxed 40 per cent for profits they earn over the super profit threshold of 5.7 per cent, while smaller to medium-sized businesses will be aided if they are having trouble making profit.

What are the benefits?

While large mining companies are labelling the tax as a ‘handicap’, Rudd has defended the tax, saying it will boost activity in the mining industry.

‘We believe the Australian people deserve a fair return on the resources which they themselves own,’ he said in a radio interview on Monday.

According to the government, Australians have missed out on $35 billion over the past decade because tax levels have not responded to the boom in the mining and resources industry.

The Local Government Associations of Queensland (LGAQ) believe the tax to be suitable and practical, saying that it could relieve the pressures and disruptions mining activity causes to neighbouring communities.

However, he recommends that the government start the tax at a lower scale to ease the impact.

‘It is important that any income from a resources rent tax is not used to simply increase regular government spending, or to even replace normal government investment,’ says Rolfe.

The Government looks set to use the money raised from the tax into cutting company tax to 28 per cent and funding new infrastructure.

What are the negatives?

Mining magnates and resource companies have lobbied furiously against the tax, which is yet to be passed through Parliament, saying that it will encourage investors to take their business to countries with lower tax jurisdictions.

The tax is the reason behind Perth-based iron ore explorer Cape Lambert Resources’ decision to suspend projects at its Cape Lambert site and move funding to an iron ore project in Sierra Leone.

Shares in mining have also plummeted since the announcement of the tax, indicating the anxiety amongst investors over the uncertainty about whether the Senate would pass the proposal.

Chief executive of BHP Billiton, Marius Kloppers, has also criticised the federal government’s claims that the mining industry had not been paying its fair share of taxes, stating that the industry was already the highest-paying business sector in the Australian economy.

‘Over the last nine years the resources industry has paid an average tax rate of 43 per cent compared to banks and retailers paying an average of 30 per cent,’ he said in an email to BHP staff.

With the tax in place Australia would have the highest taxes in the world for a mining country, which would negatively affect its competitiveness in the industry.

The Opposition have also slammed the proposal, labelling it as a ‘tax grab, not a tax reform’, with Opposition Leader Tony Abbott saying he felt ‘deeply hostile’ towards the resources tax.

It appears that mining industry heavyweights will aggressively lobby for the proposal to be scrapped entirely, or – as the next best thing – the super profit threshold scaled back.

However, while the government is willing to negotiate in other areas of the tax, it seems set on the 40 per cent tax level.

While the recent meetings only signal the beginning of negotiations, only time will tell how the proposal will affect existing businesses, as well as future prospects in the mining industry.