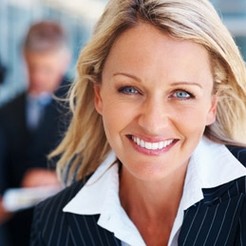 The search for Australia’s next top businesswoman

The search is on for Australia’s next top businesswoman as the 2010 Telstra Business Women's Awards open today for nominations and entries.

Since the Awards began in 1995, more than 430 outstanding women have been honoured for their achievements, courage and leadership in business. They are an impressive, inspiring and diverse group, with previous winners including Julia Ross, Managing Director of Julia Ross Recruitment (2002) and Janine Allis, Founder and Managing Director of Boost Juice Bars (2004).

Georgina Rinehart, Chairperson of mining company Hancock Prospecting Pty Ltd and the Hancock Prospecting Group, was Telstra’s 2009 Australian Business Woman of the Year. Ms Rinehart said that the honour of being acknowledged in her own country for her work was the best thing that had happened to her outside of motherhood.

The Awards offer more than $200 000 in overall cash and prizes, in addition to the honour of winning and joining the ranks of past illustrious recipients.

Kate McKenzie, Telstra's Chief Marketing Officer and Telstra Business Women's Awards Ambassador, says, ‘Inspiring women inspire other women – there's no doubt that successful businesswomen are important influences on the careers of other women. For women, the support and inspiration of other women who have faced many of the same challenges, is especially valuable.’

‘Finalists often say the Awards program allows them to step out of their demanding business lives to meet peers, share ideas, support one another and to build networks. The winners also have provided motivation for countless other women to reach and exceed their own goals.’

Rinehart agrees. ‘The scope of the individual awards offers wide opportunities for women to be involved and I would encourage Australians to nominate businesswomen and also encourage women to take part in the entry process.’

There are five Award categories open to Australian businesswomen. The three qualifying categories are:


There are two additional Awards:


Nominations and entries open today and close on 21 June 2010.

Awards are offered in each category in every state and territory, and winners are eligible for the national finals in November. State and territory winners in the five Award categories will be chosen between 14 September and 12 October and the national Awards ceremony for the 2010 Telstra Australian Business Women's Awards will take place on 11 November.

To nominate yourself or other inspirational businesswomen visit: www.telstrabusinesswomensawards.com or call 1800 817 536 during business hours.