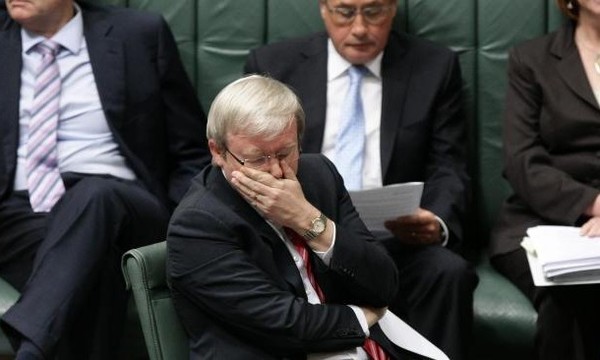 What to do when you get fired: lessons from our political leaders

Politicians have notoriously low job security, so if anyone knows how to get fired and move on, it should be them, right? Well, not always.

For better or worse, let’s see what we can learn from our esteemed leaders of the past.

John Howard breezed from election to election in the early 2000s but in 2007 he not only lost the election in a landslide, he also lost his seat. Many say he should have known to step aside earlier.

If the writing is on the wall then take notice and start to think about your next move – having someone pry your fingers from the desk isn’t a good look, but moving swiftly into another position that suits you better is.

I’m sure we all feel like writing a burning memoir – or tweet, or email – about our time in difficult jobs, but have you seen Mark Latham lately? Become bitter and twisted and you’re the only one who will come off badly.

Play your cards right and lay the groundwork for an impressive comeback. Emerge quietly from the wreckage and you may just manage a Bob Carr and end up with a plum job with more travel expenses.

Step out of the limelight for a moment

Our personality-driven pop culture has a lot to answer for with the introduction of the political selfie. But the same goes for us nobodies: ambiguous ‘good riddance’ comments followed by status updates that say: ‘Look how good I’m doing now’ smack of more attention-seeking than Kevin Rudd at his morning shave.

And speaking of Rudd, he’s got a few more lessons for the recently fired: if things are awkward, maybe stay clear of industry functions for a while to give everyone some breathing space – even if you claw back some allies, it’s likely to be as short-lived as the time it takes for them to realise they still work there and you don’t.

Whether you’re a politician or a personal trainer, a job is such a large part of who we are. Take some time to hurt and adjust to your new surroundings. Don’t go straight into job hunting if you’re fuming. Make like Julia Gillard: make one dignified speech and then retreat entirely, taking solace in family and friends. Which brings me to my next point …

She may not have garnered a mention from Rudd or Abbott on election night, but Julia Gillard broke her silence for the first time to congratulate her old colleagues and even the opposition leader. Take the high road; the view is better from there.

When heads are on the chopping block a small window of honesty opens up. There can’t have been a more honest moment this election than when The Chaser’s Julian Morrow asked Anthony Albanese whether his appearance on their show was an admission that Labor was going to lose and the MP said, without hesitation, ‘yes’.

If you are being given the flick, it can’t hurt to ask for some candour and revisit it later when you are in the mood for self-improvement.

Know that it’s not always you

If you’ve been caught in a ‘downturn’ or change of leadership, then Steve Bracks knows how you feel. The former Labor premier was due to start his job as consul-general in New York this week and he is the first public servant to be caught in the collateral damage.

You can’t always change the situation around you, but you can fortify yourself for next time. If you get a redundancy then maybe think about investing in further study – if you give yourself options then you’re less likely to find yourself at the end of the dole queue.

Make like Bob Hawke and stay confident – he’s made tens of millions in business and horseracing, worked as a celebrity journalist and wrote his memoirs in 1994. Or maybe face up to the need for change: former prime minister Gough Whitlam slowed the pace when he and his wife, Margaret, decided to leave public life to become European travel tour leaders.

Keep a sense of humour

Ok, he wasn’t technically fired, but Jaymes Diaz made his best move yet when he went on The Chaser this week and said nothing at all. There’s nothing like laughing at your own shortcomings to put life in perspective and get you back on track. And if it’s too early to laugh, then at least you can be thankful that you’re not a politician and no one is going to be writing about your failings tomorrow or in a few years’ time.