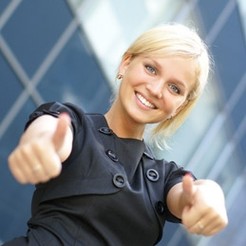 Women are more positive than men about business prospects

Australia’s businesswomen are more positive about their business prospects and are more likely to be anticipating significant business growth in 2011 than their male counterparts, according to research conducted for the March quarter Sensis Business Index.

Analysis also reveals that female business operators are more adept at gaining financing and are generally more optimistic about the future of their business and the economy.

These latest findings coincide with the 2010 Telstra Business Women’s Awards call for nominations and entries, which close on June 21.

Kate McKenzie, Telstra’s Chief Marketing Officer and Telstra Business Women’s Awards Ambassador, says it’s great to see that women in business are more confident about their business success. This data reflects their optimism – and it seems that the optimism is paying off.

Naomi Simson, National Winner of the Nokia Business Innovation Award at the 2008 Telstra Business Women’s Awards, and Founder of RedBalloon, is positive about the coming year.

‘I find if you surround yourself with positive people you can achieve anything,’ says Simson.

‘The former Telstra Business Women’s Award winners are an amazing collective of women that have become an important community for me. Success breeds success. As a result of the Awards, I no longer ask myself the question of why not – it’s just when.’

Michelle Sherwood, General Manager Marketing at Sensis, says, ‘It is great to see the positive outlook of women and their self-belief that is so evident in our research.’

‘The Telstra Business Women’s Awards attract high calibre women who are already succeeding in their business. From the findings we can see these women are a force to be reckoned with, they are extremely positive about their business and pushing forward to even greater profitability results for 2011.’