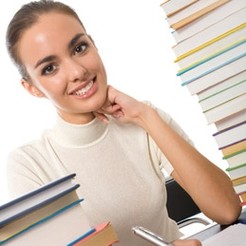 What to expect with psychometric tests

Nowadays over 70 per cent of large Australian firms use psychometric testing as part of their recruitment process. They are used by employers to help assess a candidate’s suitability for a particular job and usually consist of an ability/aptitude test and a personality questionnaire.

Organisations such as information technology companies, financial institutions, management consultancies, the public service, police forces, fire services and the armed forces are particularly likely to use this sort of test to help screen candidates, although many other types of companies also use them.

Online testing is becoming increasingly common and used at earlier stages for initial screening, to help filter out unsuitable candidates and find those who will be asked to come in for an interview.

Having to do a psychometric test can feel daunting, especially if you’ve never done one before. The best thing you can do is familiarise yourself with the process so you’re as well prepared as you can be. Here’s the heads-up on what you can expect when you sit a psychometric test.

Aptitude and ability tests assess logical reasoning, thinking abilities and ‘competencies’. They can consist of verbal reasoning, numerical reasoning, abstract reasoning and perhaps spatial or mechanical ability, depending on the type of job you are going for.  They consist of multiple choice questions which you are required to answer in a limited amount of time – typically 30 minutes to answer around 30 questions.

Most employers place high importance on verbal competency since so many jobs require good communication skills.

Numerical reasoning tests include things like basic arithmetic (addition, subtraction, multiplication and division), number sequences and simple mathematics (percentages, powers, fractions, etc). If you are going for a management-type role, you may have to interpret some charts and graphs.

Most employers will want to see some indication of your ability to use numbers even if the job doesn’t require lots of number-crunching, but don’t worry – you don’t need advanced mathematical skills to succeed.

Abstract reasoning is your ability to perceive relationships, discern the underlying logic of a pattern and assimilate new information. It is thought to be a good indicator of a person’s fluid intelligence and ability to learn, so is considered an important part of most aptitude tests. Abstract ability is particularly important for jobs involving problem-solving, complex data, developing strategies or requiring initiative.

Abstract reasoning tests usually require you to recognise patterns and similarities between different shapes and figures.

Spatial reasoning is your ability to visualise and manipulate two-dimensional or three-dimensional shapes or patterns. It’s usually only included on tests for jobs that specifically require good spatial skills.

Spatial ability tests often involve the visual assembly and disassembly of objects that have been rotated or which are viewed from different angles.

Mechanical reasoning tests assess your knowledge of physical and mechanical principles – things like levers, pulleys, gears, springs and simple circuits. They are usually used for technical and engineering-type jobs, as well as the military, police forces and fire services. Questions tend to be industry-specific.

Personality tests, such as the free online Career Personality Test, assess your behavioural style in an attempt to determine whether your personality is the right fit for the job as well as the culture of the organisation. They attempt to gauge things like how you relate to others, how you deal with your emotions, how you handle stress, your general working style, and even things like integrity, honesty and predisposition to anger.

When it comes to personality tests, it’s best to be yourself and be honest. There are no right or wrong answers on a personality test! Trying to second-guess what the employer is looking for may backfire, and there’s no point in getting a job for which you are not well-suited and which you therefore won’t enjoy.

In general, it’s quite difficult to prepare for psychometric tests since they test your innate abilities and personality, but there are still things you can do to prepare. It pays to do some practice tests beforehand to familiarise yourself with the kinds of questions to expect, especially since that will make you feel more confident and relaxed on the day. If you’re feeling rusty on your maths or reading comprehension skills, do some review and practice questions to get your skills back up to speed. There are a multitude of websites, such as www.shldirect.com, which offer practice tests – so get online and get started!

Katie Smith, Executive Assistant at SEEK Employment, had to do a psychometric test as part of the interview process at SEEK and offers this insight:

‘It was a little bit daunting, but it was fine because there’s obviously an element of abstract reasoning, so you can’t really prepare for it – you just go in there and do your best. With the personality test, that’s just a matter of being totally honest – you can’t fake it because you don’t know exactly what they’re looking for. You just have to be honest and hope that you’re the sort of person they’re looking for for that particular role.’