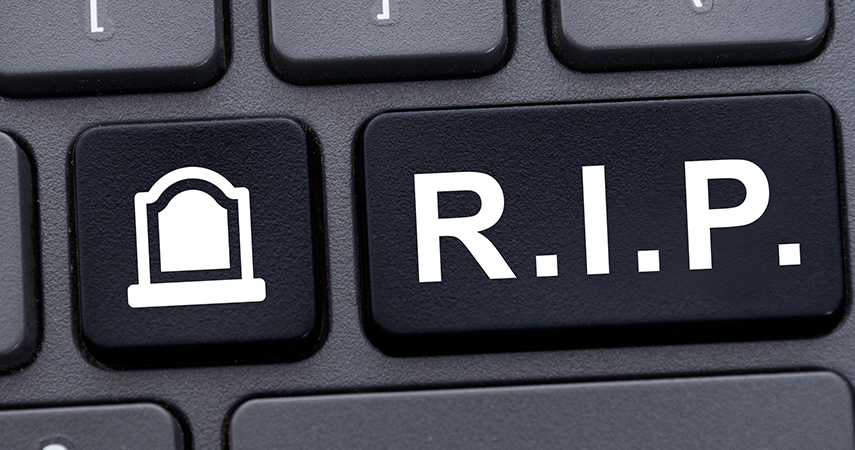 10 jobs that the internet killed 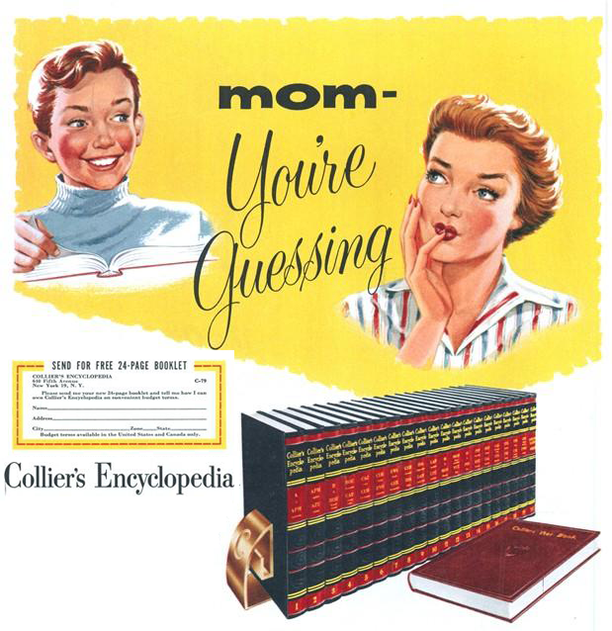 Most of us in early Gen Y, Gen X and the Baby Boomers were likely to have a full set of Encyclopaedia in the bookshelf that was the go-to for school assignments and general moments of curiosity. Once upon a time these Encyclopaedias were sold door to door by travelling salesmen. Door-to-door sales roles (anyone remember ‘ding dong Avon calling’?) were already in jeopardy when the ease of online shopping and the accessibly of free information finally shut the door in their face. 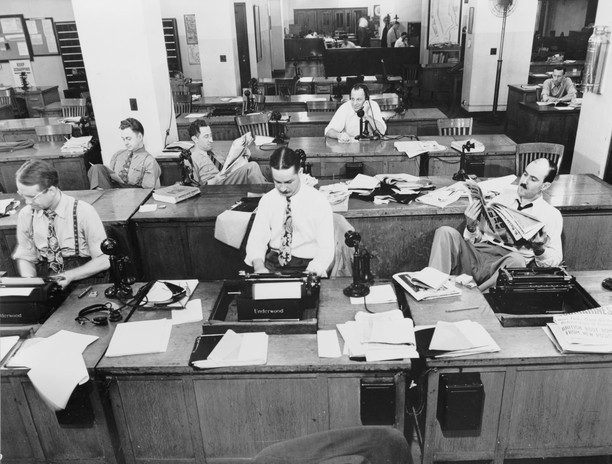 While these roles still exist, they do so in a very different capacity than yesteryear. Journalists and writers are increasingly being forced into freelancing roles and traditional jobs such as editor and sub-editor are all but being phased out or outsourced. Hard-hitting and informative news is also being replaced by human-interest pieces and celebrity goss making for a more consumer driven media machine as the internet trains us to opt for quick and snappy pieces over, well, actual news.

When I was younger, I used to buy all of my singles (I wasn’t cool enough for the whole album) from Sanity music store. Over the years I’ve watched traditional stores such as Sanity and HMV disappear one by one, until they were all but an urban myth. I’ll admit that I’ve gone to the dark side and now get all my music direct from iTunes. The accessibility, speed and ability to customise your music choices make online options, such as iTunes, a huge competitor for the continuously struggling music store. It also means that many have said goodbye to their cool after school job with a sweet soundtrack and Rex Manning Day. 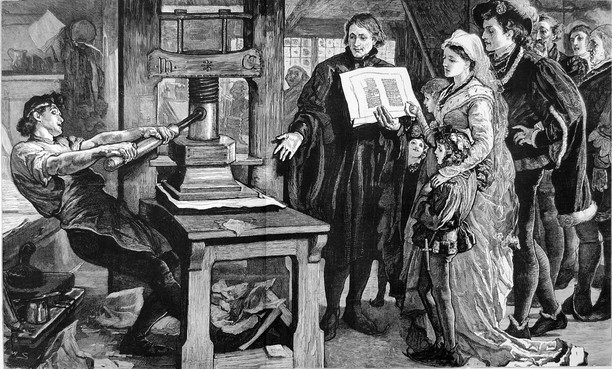 Publishers used to hold a lot of power as the main, if only, means of getting your creative musings out to your audience. This would involve sending through your work, having it read by most likely a publishing assistant and then, if you’re lucky enough, scoring a coveted publishing deal. These days anyone with an Internet connection can be published online via their own blog or even just through social media. Books such as 50 Shades of Grey are gaining a cult-like following through eBook self-publishing and forcing publishers to pick them up commercially. The real tragedy is that that traditional publishers would never let a piece of work called ‘what I had for breakfast’ make it to print. 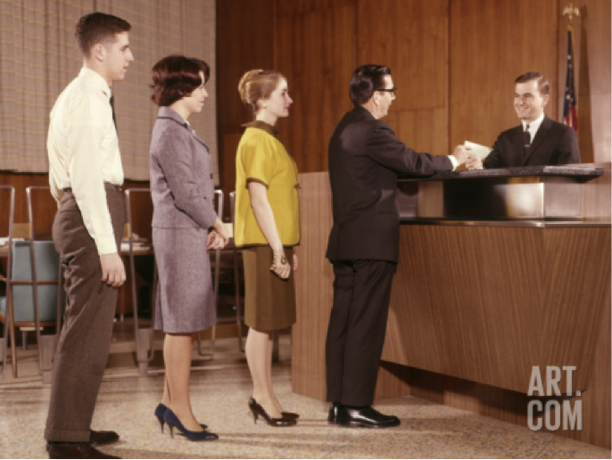 With most of our money now moved around electronically, bank tellers are becoming less of a necessity. Even if you head into your local bank branch, you’ll notice that more of the processes are streamlined and some even automated through the use of technology. The other thing you’ll notice is how there is fewer staff (and customers) than once upon a time. After all, through Internet banking you can pay your bills, transfer money and even be approved for a loan without setting foot in a branch. 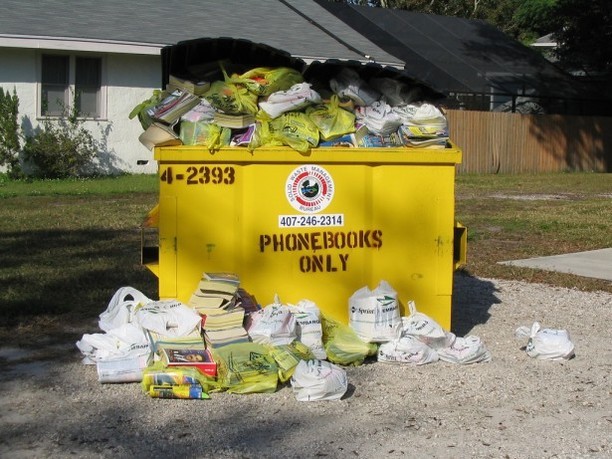 When I was growing up, if you wanted to call someone you either knew the number by heart or you looked in up in the Yellow/White pages. The same applied for if you wanted to browse restaurants in the area or compare businesses. Once an anticipated delivery on your doorstep, the few print copies of the yellow pages that are still produced often remain on the doorstep until we pull ourselves away from the internet long enough to transfer it to the bin. Now the net provides us with a comprehensive list of the contact information and local guides we’re looking for as well as reviews and suggestions courtesy of our fellow googlers.

It’s not so much that this role is obsolete, it’s just that everyone is now a travel agent and nobody is getting paid. Yes, the internet has opened the international (and domestic) floodgates to online travel deals and packages. While travel agencies can still be seen around the place, they are usually filled with bored looking agents instead of keen travellers. The smart (and large) ones are recognising the move to online and are capitalising on this new way to reach their audiences. Unfortunately for independently run travel agencies, it often results in a no-fly zone.

If you showed a film canister to a seven year old, it’s likely you’d get a confused look in return. Not only have digital cameras over-exposed the camera film industry but the Internet has all but negated the need for them to be printed out. Now the most common photo albums are to be found on phones, computers, Facebook or your portable hard drive.

Librarians were once the sole gatekeepers of information on mass. Now Wikipedia and access to online journals are phasing out the need for the traditional library and, with it, the traditional librarian. The role of the librarian has adapted and often now includes the need for formal training. Hybrid roles, such as teacher librarianships, are becoming more common as libraries streamline processes and people seek information through online channels. 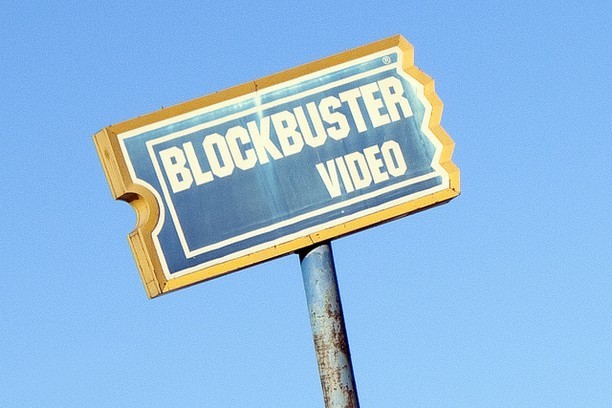 Once the coveted part-time position (mainly because you got to watch movies when no one was in the store), the video rental store employee is quickly becoming a thing of the past. In fact, OC actor Adam Brody found his interest in acting while working at Blockbuster! Now they’re being replaced with online avenues such as iTunes movie/TV show rentals, DVD rental machines and purchases. Not only this but video piracy has gone from a dodgy camera in the back of the cinema to high quality splicing, and the internet means that pirated copies are now widely (albeit illegally) accessible to the masses.

It’s not all doom and gloom though – it’s never to late to jump on the digital bandwagon and up-skill through studying an online IT course. After all, the Internet has given birth to a range of new jobs and exciting occupational opportunities. Tune in next week as Julia explores 10 jobs that the Internet created.