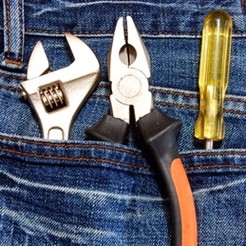 Apprenticeships a great way to launch your career

If you have just finished school, are re-entering the workforce or simply want to change careers – have you considered applying for an Australian apprenticeship?

Apprenticeships do not require any entry qualifications and are available to anyone of working age. They can provide a great transition from school to work, give you a head start in your career, can be pursued full-time or part-time, and lead to nationally recognised qualifications and skills in areas as diverse as building and construction, agriculture, hospitality, transport and telecommunications.

‘Beginning a new apprenticeship, or resuming a discontinued one, is a great way to get yourself on track to future self-employment and a good income in industries with varied and interesting work. The long-term benefits of undertaking an apprenticeship need to be better understood by school leavers and their parents,’ says Peter Anderson, Chief Executive of the Australian Chamber of Commerce and Industry.

‘Employers who can give an apprentice a go, should do so once the new year ticks over. With the economy strengthening as we leave 2009 behind, and an ever-increasing population boosting demand, skill shortages are looming large on the horizon, which provides school leavers with good future employment prospects if they choose an apprenticeship. An apprenticeship offers a chance to earn while you learn,’ says Anderson.