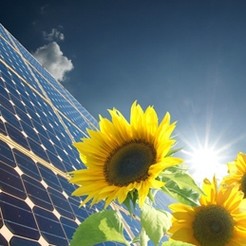 Boost to green energy in Australia

It was announced last week that the Rudd government would allocate $245m worth of funding to the Renewable Energy Demonstration Program, designed to accelerate the commercialisation of new renewable energy technologies for power generation in Australia.

The government has also given $16.4m to 37 projects designed to reduce greenhouse gas emissions by 38 000 tonnes per year. This makes up the third round of the $90m Green Building Fund initiative, which ‘reduces energy consumption and greenhouse gas emissions by retrofitting commercial office buildings,’ according to Kim Carr, Minister for Innovation, Industry, Science and Research.

‘Climate change is one of the greatest challenges we currently face and the $90m Green Building Fund is just one of the ways the Rudd government is responding to this challenge,’ says Carr.

Australia is one of the highest greenhouse gas emitters in the industrialised world, per capita – but that is something that will hopefully change. Hugh Sangster, a renewable energy engineer, believes that developing renewable energy sources will be key and says that ‘In Australia we are looking for 20 per cent of our electricity to be produced from renewable power by 2020'.

Carbon Planet is a company which provides greenhouse gas, energy and life cycle analysis audits, and advises companies on how to reduce their emissions to offset their carbon footprint. According to Chairman Jim Johnson, the most overlooked area in terms of carbon footprint is the management of energy in Australian offices.

‘Very few of the buildings in Australia are green. You flick one light switch on and 300 bulbs light up. It is the biggest and easiest thing for businesses to start adopting,’ says Johnson.

Sustainability consultant Simon Carter says it’s easy for people to get involved in the sustainability sector, no matter where they work.

‘I think the trick is for people to understand what role their particular sector is going to play in sustainability and then work out what role they, and their organisation, might play in that. Look at the big trends and see what it is about them that really inspires you,’ says Carter.

Australians can also consider their individual contribution to environmental issues by looking at their personal water, waste, energy and recycling habits. According to Simon Carter, ‘To me sustainability is about the way we live.

It’s about transforming our lifestyles to be more deeply grounded in our values, having a greater sense of purpose in our lives and greater relationships with others – I see it as the strengthening of communities. The deeper I get into sustainability with clients and with other people I collaborate with, the more I learn about myself.’