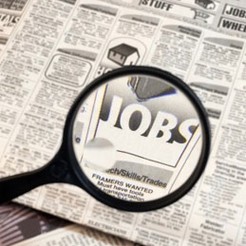 The shortage of skilled tradespeople in the construction industry has been eased for the first time in years, but unfortunately the problem hasn't been solved in the most ideal of ways.

The global economic crisis has created a decrease in demand for residential and commercial building – putting jobs at risk across the board, lowering the salary of trade contractors and meaning a greater skills shortage will occur once the economy does recover.

One saving grace is that the health of the construction industry has been a key priority of the government as it struggles to keep the economy afloat and save jobs.

The construction industry received much-needed relief with the announcement of the government's second stimulus package on 3 February 2009.

There will also be urgent maintenance to upgrade 2500 vacant houses so they can be used for social housing.

A $3.9 billion green initiative to insulate 2.7 million homes is aimed at simultaneously saving jobs in the construction sector and reducing greenhouse emissions.

Mr Rudd said these projects would provide a 'massive and immediate' boost for the housing and construction industry.

The boost to the sector comes off the back of a recently unveiled $4 billion bailout of the commercial property sector, which the PM says will save as many as 50 000 jobs.

Many of the 150 000 workers employed in the commercial property sector are tradespeople such as plumbers, electricians and carpenters, and Mr Rudd says a third of their jobs are under direct threat from the global economic downturn.

As part of a partnership with the major banks, the government will finance office buildings, shopping centres and other commercial property projects, while another $26 billion will be lent to finance commercial projects if required.

The plan has copped criticism due to its focus on the commercial sector, when the residential sector has been harder hit – and some are saying it's greedy property developers and their foolhardy financiers who will benefit most from the scheme.

'The downturn in economic activity has in the short term improved trade availability, but a drop in housing starts of between 10 and 15 per cent is not an appropriate cure for trade shortages,' said Chris Lamont, chief executive of the Housing Industry Association.

And because the increase in availability of workers is due to less work rather than an actual increase in skilled tradespeople, when the economy eventually finds its feet things could be worse than ever.

'When construction activity bounces back, we will be left with a further deterioration in the availability of skilled tradespeople,' Mr Lamont said.

Mr Lamont has called for the government to boost funding in trades training, so there will be enough skilled workers when the economy recovers.