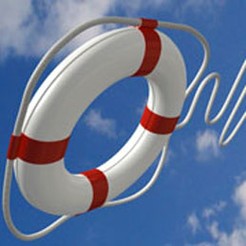 Survive the financial crisis in a recession-proof industry

The key to finding a career that will weather all manner of economic hurricanes, is to find a job that will stand strong despite the economic downturn caused by the 2008 world financial crisis.

It may sound morbid but people will continue to get sick whatever the state of the economy. In fact, many people will be more likely to become ill as a lack of cash forces them to cut back on fruit and veg, gym memberships and regular GP checkups. Australia's ageing population also means there is a growing need for caregivers and nurses.

As the recession takes hold, accountants will become more in demand as everyone from individuals to multi-national corporations try to avoid the spindly hand of the taxman as much as humanly possible.

We've all got to eat to survive regardless of our changing fortunes in the job market and in our bank accounts. The food and beverage industry, to a large degree, is protected from recession as even people who have been made redundant need to eat and drink though our eating habits may change: steak out, rissoles in. And helping people to make their grocery dollar go further in difficult economic times   well, there's another industry altogether.

When times are tough, the tough don't get going, they get drinking. Even though money might be short, perhaps even because of it, people still want to have fun. Recently, when one investment bank made hundreds of employees redundant, the patronage at city bars went up that evening. Some establishments will do better than others. The top end might feel the pinch but people still have to eat and many will still want a glass of wine with their dinner too!

When times are uncertain, the make believe world of movies can lift spirits and make us feel that everything is going to be OK: which it is, it's just going to take a little time for things to normalise. So cheers, and don't forget to see Australia. It's a big picture movie that will be sure to lift your spirits.

In line with hospitality and entertainment, throw in gambling too. One would imagine if people have fewer dollars in their pockets, they would be very careful how they spend. But, it seems, that many become more inclined to buy that lottery ticket, have a wager on that sure-bet nag in Race 2, or put a few extra coins into the pokie. So working in the gaming industry can have its upside in an economic downturn.

Kids are going to continue to need teachers and as unemployment levels rise, many adults may turn to further education to boost their skills or try their hand at a new career path.

As silly as it sounds, hairdressing is actually a very resilient career. As things are cut from the family budget, hair will continue to grow and need to be cut. It will be a sign of excessively dire time when wives start trusting their husbands to take to their hair with a pair of scissors.

Despite a slowdown in residential construction: builders, plumbers and other tradies are still in high demand on commercial projects. Plus, pipes are still going to burst, washing machines going to break and toilets block. While, a trip to Vanuatu may be put on the back burner, people aren't likely to wait for the financial tide to turn before they get their plumbing in order or they may be carried off on a wave of sewerage.

Death is a fact of life and even if it's the economy that's died, morticians will continue to have customers. And with the baby boomer bubble getting older, the industry could well be in a boom time. A career working with dead people never seemed so alive.

Some industries thrive in the face of economic disaster, so make sure you are well-placed with skills that will be in demand when times get tight.

Unemployment is on the rise so there are no guarantees when times are so uncertain. Many tradies who have contract work with large developers may find their work drying up while others who focus on doing small household jobs may be OK. Other industries that may withstand the uncertain times include IT, transport and logistics, some manufacturing industries and government.

In November, Australian unemployment figures rose to 4.4 per cent with 15 600 people losing their jobs in November. Analysts are predicting worse to come in 2009. But, don't let it get you down. Hire a tradie to fix that plumbing problem you've been putting off, get your hair done and head out to your favourite restaurant or bar. Just avoid getting dead drunk.