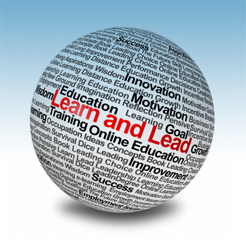 Thirty seven per cent of executive managers consider their management and leadership skills as average or below average, according to new figures.

On several criteria, including planning, personal leadership, training and development, time management, goal-setting, mentoring, personal productivity, and other facets of management, a large proportion of participants found their own proficiency and skills wanting.

Supervisors were the highest self-doubters at 53 per cent, followed by middle managers and employees at 47 and 42 per cent respectively.

The numbers suggest a substantial amount of uncultivated talent in the workforce, with organisations spanning multiple industries missing out on potential employee performance and productivity.

LMA Chief Executive Grant Sexton says it’s a wake-up call for companies that might not be getting bang for their buck.

‘There’s a huge opportunity here to achieve more with the people we’ve already got’, says Sexton. ‘It’s not that people don’t want to be highly productive, it’s just they don’t know how to be.’

In addition to mentoring, coaching and buddy programs, Sexton suggested companies should be looking to encourage formal training to boost employee skills.

‘Fill their skill gaps and who knows how much improvement could be addressed, though I think a 10 per cent to 15 per cent increase in productivity is realistic and realisable’, says Sexton.

The figures come as IBISWorld Research releases their market research report into online education, which reveals the online education market has grown by over 18 per cent in the last five years to total around $5 billion.

The company suggests this growth is largely driven by the attractiveness of online study for those seeking to retrain or augment their existing skillsets while still retaining their jobs.

Enrolments in Open Universities online courses have grown by around 30 per cent per annum, with almost half of students over the age of 30.

If you, too, would like to gain skills to help improve your professional performance and potential, see our full range of online courses.