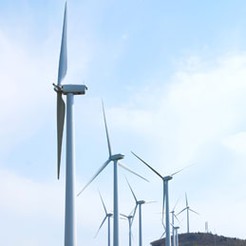 Green power is good for jobs

For those who work in the energy sector, career opportunities and environmental values have long been at opposing ends of the spectrum, until now.

With emissions from the electricity generating sector making up 25 per cent of the total global carbon dioxide emissions, concerns about the environmental impacts and sustainability of coal-fired electricity have skyrocketed in the past decade. But while environmentalists call for an end to the mining of coal and other non-renewable energy sources, employees in these industries are apprehensive about the longevity of their career prospects with the world's inevitable transition to cleaner, greener power looming.

Someone has finally proposed an answer to the practical employment question involved in going green. A report titled 'A Just Transition to a Renewable Energy Economy in the Hunter Region', carried out by the Centre for Full Employment and Equity, University of Newcastle and commissioned by Greenpeace, has shown that the switch to renewable energy sources will not only do wonders for the environment, a $12 billion investment in green energy will also create jobs.

The study focused on the Hunter-Wyong region, an area in New South Wales where people are heavily reliant on the coal-mining sector for employment. The report states that only by considering the human employment impacts involved in an environmental overhaul can ditching coal be a 'just transition'. The 'Just Transition' report states that up to 14 000 new jobs could potentially be made available with the introduction of renewable energy facilities in the Hunter-Wyong region. Green careers include well-paid positions in research, design, manufacturing, installation, maintenance and the exportation of energy. Renewable energy facilities could potentially meet the energy needs of the entire state of New South Wales.

Researchers emphasise that the Australian government must have safety nets in place for people currently employed in the energy sector, including assistance for displaced workers, support for workplace innovation in new local industries and training in alternative employment.

Aside from the great cost of contributing to global warming, the damaged local environments of coal communities have been linked with the health distress of people who live nearby. The coal-fired power stations of New South Wales have been described as among the world's worst polluting and inefficient by Carbon Monitoring for Action, a database containing information on power plants worldwide. Tests also show that Australia's power industry is the highest polluting in the world on a per capita basis. Calls for change are becoming louder, but until recently, the Australian people were unsure of the human cost of leaving coal-dependence behind.

The Centre for Full Employment and Equity has put an end to the myth that going green in the energy sector leaves current energy employees behind. Now the rest of us just need to switch off the lights as we leave the office.