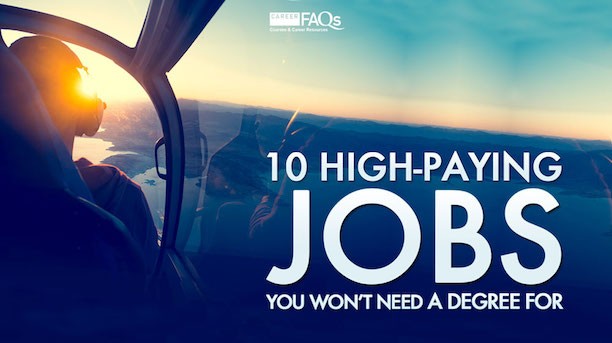 10 High-Paying Jobs You Won’t Need A Degree For

Want a great paying job, but don’t want to spend years studying at uni? Here are the 10 highest paying jobs in Australia that don’t require a degree. From working in ICT to taking on a management position, you’d be surprised at the variety of jobs that pay well and value experience and technical skills far more than whether or not you went to university.

We’re told that the best (and most conventional) route to a successful and highly paid job starts with a university degree. Greater education = greater skills = greater career prospects. Right?

With academic inflation on the rise, degrees mean far less these days – and companies are taking note.

Digital goliath Google, for one, has a hiring policy that focuses less on shiny degrees and more on hands-on experience.

‘One of the things we’ve seen from all our data crunching is that GPAs are worthless as a criteria for hiring, and test scores are worthless,’ Google’s former senior vice president, Laszlo Bock said in an interview with The New York Times.

Bock doesn’t say that education is worthless, but he’s concerned that academic environments don’t mimic the real world. University lecturers look for specific answers, but as he points out, ‘it’s much more interesting to solve problems where there isn’t an obvious answer.’

‘When you look at people who don’t go to school and make their way in the world, those are exceptional human beings,’ Bock continues and explains that Google no longer asks for college transcripts or GPAs because ‘We found they don’t predict anything.’

While having a degree under your belt certainly doesn’t hurt, you needn’t be academically inclined to earn a six-figure salary.

Here are the top 10 highest paying jobs in Australia that won’t have you swimming in HECS debt or locked in a lecture theatre for four years: 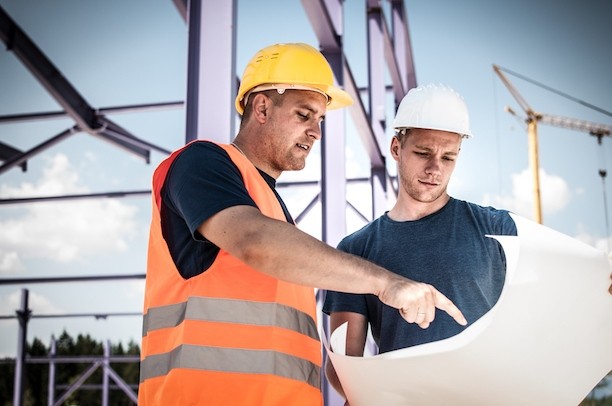 Construction managers are the eyes in the sky — their job is to know everything and everyone on a project site.

From reviewing blueprints with architects and liaising with contractors to making sure that building codes are met and projects are running to schedule — construction managers have the challenging — yet highly rewarding — task of seeing a project through from start to finish. 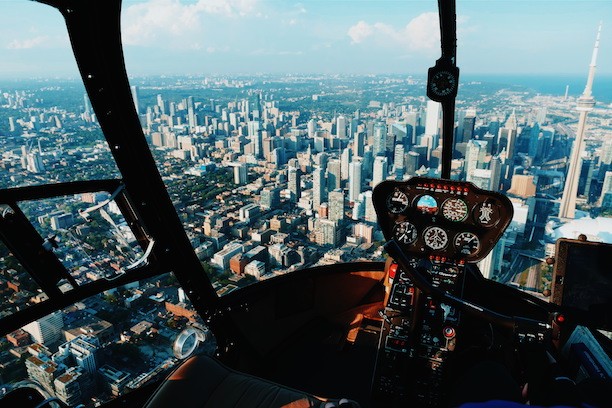 Navigating the skies as a commercial pilot or air transport professional might not require a degree but does take serious commitment and skill.

The Civil Aviation Safety Authority strictly regulates the industry here in Australia and requires that you pass a series of examinations and clock at least 200 hours of flying experience before you can obtain your Commercial Pilot’s Licence (CPL).

To fly as a pilot in command of a multi-crew aircraft, you’ll need an Air Transport Pilot Licence (ATPL), which is an even more arduous process and requires passing a series of exams in subjects such as air law, meteorology, and aerodynamics — and clocking at least 1500 flying hours. 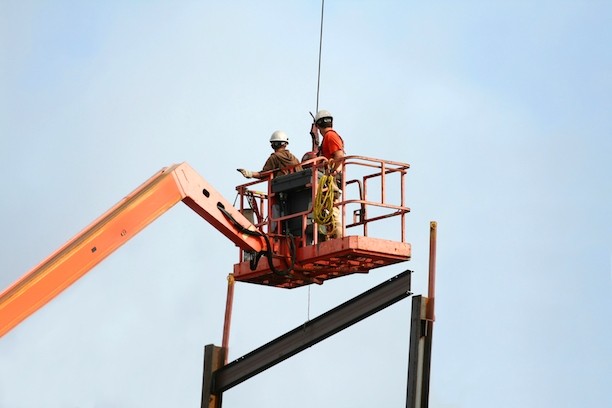 Crane and lift operators are perhaps the most well-paid labourers in construction – which is no mean feat, considering that construction is the third highest earning industry in Australia. According to the latest data from SEEK, the average salary sits at $104,023 for employees and $124,682 for management.

Due to the high risks involved in the role, you’ll need to be comfortable working at heights and have exceptional coordination and mechanical aptitude. To become qualified, you’ll need to obtain a Licence to Perform High Risk Work and complete a crane operator traineeship. 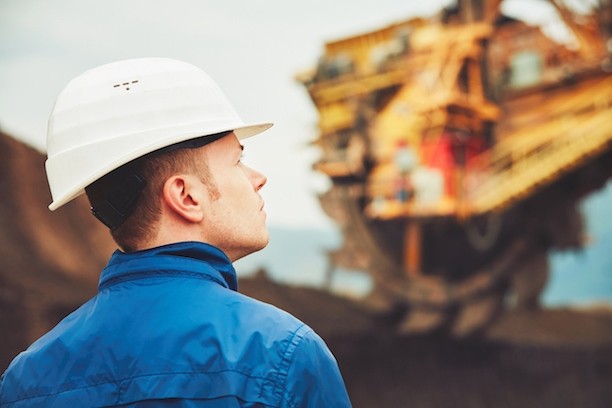 Despite Australia’s mining boom coming to a sudden halt, the mining and resources sector continues to be one of the highest paid industries in the country with an average salary of $118,298 for employees and $132,599 for managers according to SEEK data.

Working in the mining industry isn’t for the faint-hearted. You’ll need to be physically strong, able to tolerate extreme environments and have an aptitude for mechanical equipment operation. You may also need to compromise on your work/life balance and be willing to work as a fly-in fly-out worker, or relocate temporarily and live in a mining town.

While the engineering and geology related positions will require a degree, there are a range of jobs including mechanics, drivers and labourers that simply demand experience and practical skills gained on the job. 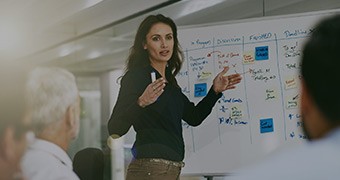 Unsurprisingly, management is where the big bucks are. The higher up you go, the bigger your team gets, the more responsibilities you have, and the fatter your pay cheque becomes.

This is the case across most if not all industries, the highest earning of which include ICT, finance, and mining where $300k+ salaries are the norm for senior managers such as CIOs, CFOs and CEOs.

While it may take years to work your way up to such senior roles, the good news is that exceptional management skills aren’t taught at university. They’re acquired through hand-earned experience! The best managers aren’t those with the highest GPAs or the most prestigious degrees, but are ones with stellar leadership skills and unparalleled industry knowledge.

Suffice to say, irrespective of the industry you work in, equipping yourself with managerial skills is a smart way to exponentially improve your career progress.

Despite the tumultuous year that the oil and gas industry has experienced worldwide, Hays 2016 Salary Guide reports that salaries in ‘oil and gas in Australia have proven resilient compared to the rest of the world’.

While the industry’s fattest salaries tend to be reserved for engineers, geoscientists and senior managers; plant operators also take home a hefty salary and – best of all – aren’t required to hold a degree.

While the job doesn’t require a university education, you do need to have mechanical aptitude, strong mathematical skills and the ability to cope with the physical demands of the job. 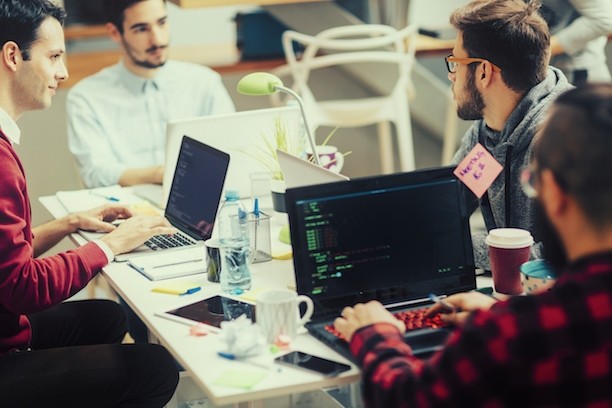 Like a lot of technical careers, working in the Information & Communication Technology (ICT) field is more about your ability to learn on the job and creatively troubleshoot, rather than the university you went to or how many degrees you have.

The highest salaries in the industry generally go to security architects, business analysts, and of course managerial positions such as CTOs and CIOs – roles that only come with years of experience, leadership skills and multiple industry certifications; with the average industry salary sitting at $99,945 according to the latest SEEK data.

The emergence of new technologies such as robotics, virtual reality, the internet of things, and artificial intelligence, also means that the future of the ICT industry is a bright one! This combination of job security, high pay and highly desired skills saw ICT dominate this year’s list of the 10 happiest jobs. 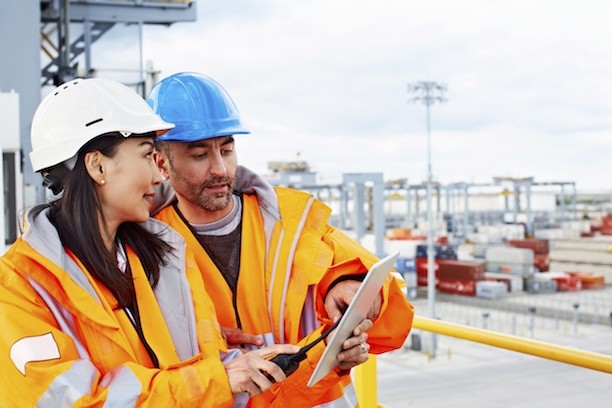 Work Health & Safety (WHS) isn’t the sexiest HR specialty, but it’s certainly one that pays well thanks to a growing demand for this niche skillset.

The Hays 2016 Salary Guide points out that as sectors such as the Australian building and construction industry grow, so too does the demand for qualified WHS professionals: ‘We expect this strong demand for WHS and OHS skills to continue over the coming years in line with the still increasing levels of construction project activity.’

Salary expectations differ greatly depending on your level of experience, as well as the state you live in. According to Hays data, WHS managers from Sydney and Melbourne enjoy the biggest take home pay, raking in approximately $110k-$200k per annum!

To work in WHS, it’s important to have a VET qualification under your belt to prove that you understand the complex legal and ethical guidelines set out by the government.

It’s a high-risk, no-guarantees job, but as unicorn start-ups such as Uber, Airbnb and Australia’s home-grown tech giant Atlassian have proven to us all, with the right mix of talent, courage and luck, entrepreneurs stand to make a hell of a lot of money!

According to Forbes Magazine, the average net worth of billionaires who dropped out of college was $9.4 billion in 2009 – almost triple that of billionaires with PhDs ($3.2 billion). These are stats you can’t ignore, and living proof that hands-on experience trumps a university degree in the Wild West of innovation.

As we move into the future, start-ups and entrepreneurs will play an increasingly important role in our economy. According to the Australian Jobs 2016 report, the Era of the Entrepreneur is a key megatrend set to shape our jobs market.

So how do you become a start-up wunderkind?

The Mark Zuckerbergs and Elon Musks of the world will tell you that there’s absolutely no roadmap for this sort of career. But having a good head for business, strong communication skills and a great network will certainly help!

This list would be incomplete without a nod to the select few in this world who succeed on pure talent.

Being an elite athlete, billionaire author or multi-award winning pop star isn’t for the faint-hearted, but if you’ve got the courage, talent and drive, it’s a dream job that could have you raking in the big bucks.