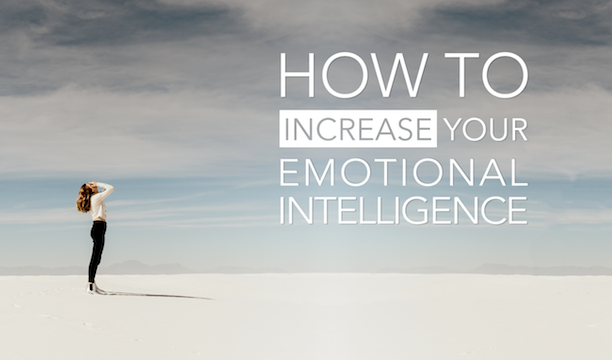 How To Increase Your Emotional Intelligence

What is emotional intelligence?

Emotional intelligence. You see this buzzword being bandied around quite a bit in the business world. But, ahem, what exactly is it?

Well, the concept is more straightforward than you might initially think. Emotional intelligence, also known as EI or EQ (Emotional Intelligence Quotient) is your ability to be aware of and manage your own emotions, as well as the emotions of the people around you.

Why is emotional intelligence important?

For some, a high level of emotional intelligence comes fairly naturally. But for others? Being self-aware enough to recognise their own emotions while also being tuned into the feelings of other people seems almost impossible – you might as well ask them to lasso the moon.

So, that leaves us with one big question: How can you improve your own emotional intelligence and use that to better manage any negative emotions in the workplace? Let’s explore.

How can you improve your emotional intelligence at work?

Knowing how to recognise, process, and effectively manage your emotions at work is important – after all, nobody wants to be that colleague who loses it when something doesn’t go according to plan! In fact, emotional intelligence has been identified as one of the top ten skills employers will need most by 2020.

But how can you be more in tune with your emotions? Here are five key tips to help you improve your self-awareness and perceptiveness, and then adjust your reaction accordingly.

Self awareness isn’t always easy, so sometimes it can be helpful to get some outside perspective in order to better analyse how you feel.

In fact, research shows that how we would rate our own emotional intelligence is typically not even close to how others would rate it – proving that none of us have a great handle on how we’re presenting ourselves to others.

So when you’re struggling with an issue or conflict at work, having conversations with friends, co-workers, or other trusted confidantes will help you see things from all sides, and thus allow you to approach those scenarios with much greater emotional intelligence. Remember, you don’t have to go it alone!

You’ve found yourself in a heated and emotionally charged situation at work. Perhaps your co-worker threw you under the bus or your team is in a lively argument about the best way to approach a project.

In these sorts of exchanges, it’s easy to let your frustration take control and to start pointing the finger at other people. But, as you probably already know too well, that’s only going to cause more anger and problems.

So, rather than doling out demands or accusations and playing the blame game, it’s much better to frame your thoughts and opinions as “I feel” statements. For example, instead of saying something like:

“That idea would never work!”

Following that, you could add on your own suggestion, such as, “What if we started with an outline first?” This question will encourage continued discussion – without seeming like you’re simply shooting down the other person’s contributions without anything productive to offer.

Plus, giving your feedback using this gentler “I feel” language serves as a subtle reminder that you’re sharing ideas based on your own opinions, rather than getting on your high horse and pretending you have all of the answers.

3. Put Yourself in the Other Person’s Shoes

When you’re in an emotional exchange, it’s easy to get so blinded by your own thoughts and feelings about a situation that you completely neglect to see things from another viewpoint.

As tough as it can be at times, do your best to put yourself in the other person’s shoes to better understand where he or she is coming from. Does your co-worker feel so strongly about her suggestion because she has more experience than you? Is she standing firm in her approach because she’s done it this way numerous times before?

Of course, understanding other people’s opinions and being empathetic doesn’t mean you always need to roll over and assume a position as the resident office doormat. However, taking a moment to gain this insight will likely help you to eventually reach a compromise that better suits both of you.

Another thing you can do to see a situation from all sides? Ask questions. Rather than retorting to your co-worker’s suggestion with proof of why your method is the way to go, ask a few questions. Why does she think her approach is better? What examples does she have of when that method worked in the past?

Asking questions reiterates that you’re attempting to have a productive discussion – rather than an argument – and is sure to help diffuse an otherwise heated interaction.

No matter how rational and level-headed you try to be, sometimes emotions just continue to escalate. You and the other person just feel so strongly about your respective positions, it becomes clear that you’re not going to reach a productive agreement anytime soon.

In situations like that, it’s best to just remove yourself for a little while. Return to your desk to work on something else for a bit or go for a short walk to clear your head and regain some composure.

Taking a minute to step back and disconnect isn’t only helpful when you’re feeling angry or frustrated. It can be just as beneficial when you’re feeling stressed, overwhelmed, or sad. There’s nothing like pressing pause to help you gain some fresh perspective on the issues at hand.

Yes, boosting your emotional intelligence is important. However, you also need to recognise that it’s a process that involves some practice and patience, since it’s not something that will dramatically change overnight.

Be kind to yourself, avoid harsh judgments of the emotions that you feel, and give yourself some time to adjust to these new techniques for managing your reactions. Simply by taking the time to be aware of your own emotions, you’re sure to see improvements little by little. Remember, it’s about progress over perfection.

As buzzy as the word might sound, emotional intelligence is a critical part of being able to build and maintain relationships both professionally and personally. Fortunately, if it’s not something that’s second nature to you, your emotional intelligence – as well as how you use it to manage your responses – is something that can be improved with a little time and elbow grease.

Put these five key tips into action, and you’re sure to see steady improvements in your emotional awareness, your reactions, and your relationships at work. 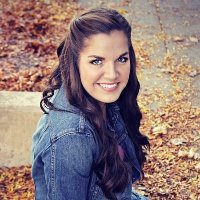 Kat is a writer specialising in career and self-development topics. Her advice has been published in numerous outlets, including Forbes, Fast Company, Inc., Business Insider and TIME.