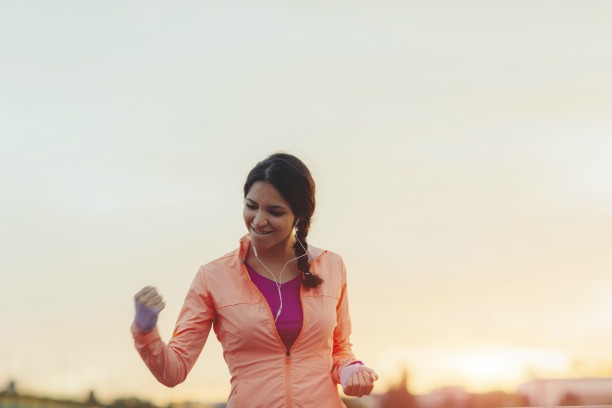 “We are what we repeatedly do. Excellence, then, is not an act, but a habit.”
– Will Durant, The Story of Philosophy

Researchers from Duke University suggest that habits account for around 40 to 45% of our daily behaviours. A habit is an established, almost involuntary, behaviour pattern – an ‘unthinking routine’ that is cemented with repetition over time.

While habits tend to have a bad reputation, they can be extremely beneficial. Without habits, we would be inundated with excessive complications each day, such as figuring out our morning routine or remembering all the simultaneous tasks we need to perform when driving. These kinds of habits make us more efficient and help us to cope with the demands of our everyday lives. But what if we want a positive habit that we don't have? How can we make a new habit stick?

1. Create a SMART goal, and write it down 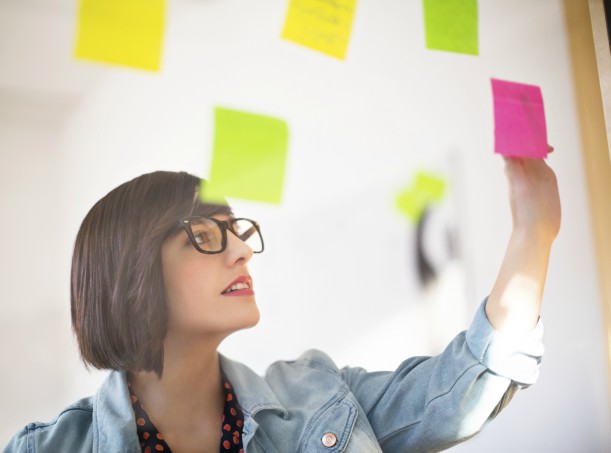 SMART is an acronym used to set goals and is equally helpful for setting habits. SMART stands for Specific, Measurable, Attractive, Realistic and Time-bound.

Specific: When you want to create a good habit, you need to start by making sure that it is clear and well defined. What do you want to accomplish?

Measurable: Next, ensure your habit is measurable: how will you monitor and evaluate your progress towards setting the habit?

Attractive: Why do you want to create this habit? If it isn’t attractive to you, you’re not very likely to succeed.

Realistic: Make sure your habit is attainable. While habits can be challenging, they should still be realistic for your current situation. How realistic is your goal?

Time-bound: Finally make sure that your habit has parameters. Set a target date for you to have fully adopted the habit (keep in mind that the average time to establish a habit is 21 days).

For instance, if you want to start exercising more regularly, here’s an example of how to make it SMART: I will go to the gym to do cardio exercise on Mondays, Wednesdays and Thursdays (Specific, Realistic) for 30 minutes each day (Measurable, Realistic), because I want to be healthy and live a long life (Attractive). I will check my progress every week, and I will have made this a habit by the end of the month (Time-bound).

It’s also a good idea to write out your SMART goal and place it somewhere you can see it every day, since research has shown that writing out your goal and consistently measuring progress makes you more likely to achieve it. 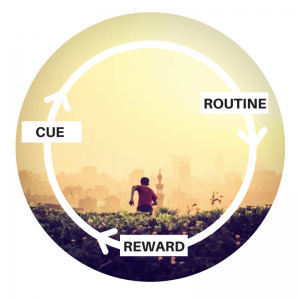 According to Charles Duhigg, the author of The Power of Habit: Why We Do What We Do in Life and Business, habits are defined by three interrelated steps: cue, routine and reward.

Duhigg told the Harvard Business Review that when most people think about habits, “they focus on the behaviour or the routine. But what we’ve learned is that it’s the cue and the reward that really determine why a habit unfolds.”

A cue is the trigger that sets a behaviour or habit in motion. A cue can be anything from a time, a place, a person, an emotion, or a series of behaviours.

A routine is the habit itself, ranging from waking up at a certain time to eating particular foods.

The reward is the motivation for the habit. The reward can be psychological (a sense of purpose), emotional (a good feeling) or physical (a rush of endorphins).

Once you've established what it is that drives the habit (the cue), you can better control the habit loop.

Duhigg provided an example of how he ditched his daily workday cookie habit – he realised that it wasn’t so much the cookie he craved as the interaction with colleagues. So he modified his routine slightly, and hey presto, that’s one less cookie a day. 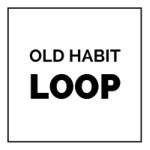 ROUTINE: Time to head down to the cafeteria for a cookie

REWARD: Because I want the cookie and to socialise 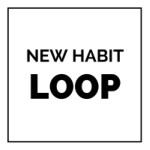 HABIT: Time to find somebody to talk to

REWARD: Because I want the cookie and to socialise 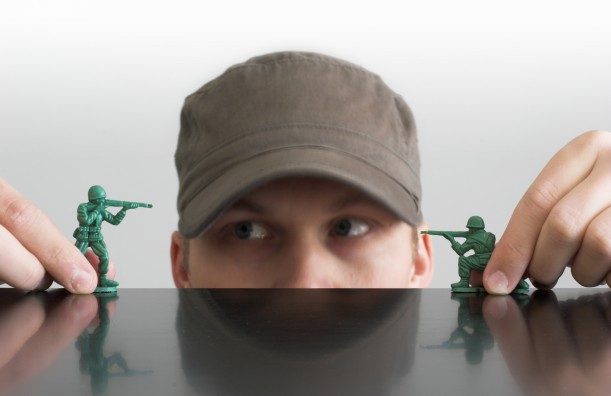 When we want to create new habits, we tend to have lofty aspirations like, ‘I want to have a body like Kim Kardashian/Channing Tatum by next month’.

The problem is, the more ambitious your goal is, the more terrifying it becomes – and it’s not surprising that you’re setting yourself up to fail.

Stanford University professor BJ Fogg recommends overcoming this tendency by starting with something tiny – something that takes zero willpower to complete.

‘If you make that very tiny change, like floss one tooth or do two push-ups, and so on, it’s very easy to repeat,’ says Fogg in his Tedx Talk.

If it’s easily repeated, it’ll be easy to turn the behaviour (or tiny series of behaviours) into a habit. So instead of focusing on the large-scale end goal, try breaking it down into smaller, more manageable tasks. If you tell yourself that you’ll just walk down to the end of the block every day, and reduce every possible barrier to completing that (leaving your sneakers by the door and making an awesome playlist, for instance) it’s very likely that once you get down to the end of the block, you’ll want to walk a little longer since you’re there anyway. 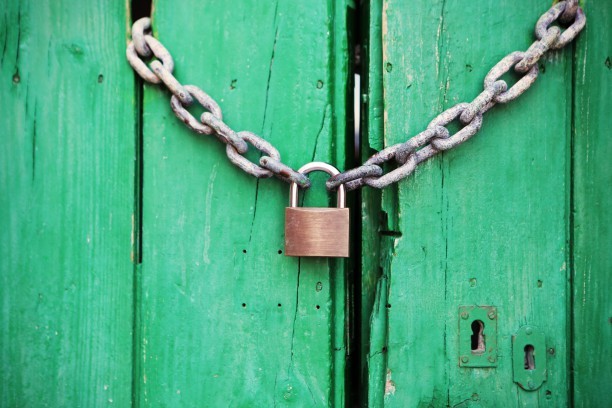 One of the simplest ways to establish a habit is to tack it to the end of a pre-existing habit. This method, also known as ‘chunking’ or ‘behaviour chaining’, is an extremely effective way to encourage a habit to stick. This way, an already established routine can serve as the cue for your new habit loop.

Fogg’s formula goes like this: After I [insert existing behaviour], I will [insert tiny habit]. This model shares a similar pattern to NYU psychologist Peter Gollwitzer’s ‘if-then’ technique which involves the simple premise: if X happens, then I will do Y.

Gollwitzer reviewed 94 studies on ‘if-then’ planning, and found that those who used the technique were significantly more successful at reaching their goals.

One of the studies found that among people who wanted to exercise more regularly, 91% of ‘if-then’ planners still exercised regularly, compared to only 39% of the non-planners a few months after establishing their goal.

Create a formulaic representation for your new habit, for example: after having my morning coffee, I will read the news. Eventually your brain will create a psychological connection between the two behaviours, and a habit will form much more easily.

5. Find your motivation from within 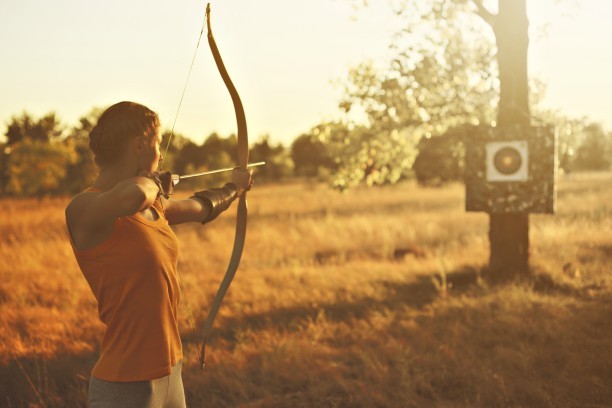 Motivations can be classified into two main categories: intrinsic (internal) and extrinsic (external). When we are young, we are often motivated by extrinsic rewards, such as treats, toys or pocket money. These motivations remain into adulthood (which probably explains why so many of us still crave junk food, non-essentials and money as rewards).

A growing body of research has found that people who perform tasks for a reward (extrinsic motivation) will come to see the task as less pleasurable in its own right. Activities that are performed for their inherent satisfaction rather than the promise of an external reward are more likely to be enjoyable, and therefore reinforce the behaviour.

While extrinsic motivators may work in the short term to get us to do things we are otherwise unlikely to do, we are more likely to maintain a habit if we are intrinsically motivated. In your career, for example, you can choose to be motivated by intrinsic motivators such as a sense of accomplishment, the pursuit of knowledge, or a desire for positive recognition. 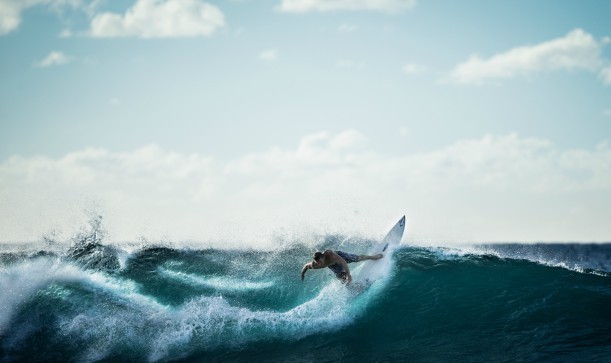 Before habits have established themselves, they are fragile. The time it takes to form a new habit varies from person to person. For some it takes as little as 18 days, whereas for others it can take up to 254 days.

Given this large time span, you must accept that, at some point or other, you will slip up. If you’re trying to give up junk food and have a slice of cake on your niece’s birthday, it can be tempting to say, ‘Well I’ve already given up on my diet, so I might as well have pizza for dinner.’

Researchers have studied the ‘what the hell’ effect, and found that the way you respond to an initial setback will indicate how likely you are to succeed in the long term.

‘Our research shows that the tendency to enact the what-the-hell effect versus course correction is a consistent one. This is a decision we make not only within a given goal or situation, such as eating, but also across situations,’ head researcher Zemack-Rugar explains. ‘This means that once we fail, if we tend to ‘what-the-hell’ regarding our dieting goal, we will also tend to do so regarding our budgeting, academic, or even honesty goals.’

So if you slip up, don’t give up on establishing the habit completely. Instead, acknowledge your digression, redirect yourself towards your habit and vow not to do it again.

Armed with these scientific strategies, you should be well on your way to starting that new habit. So incorporate these simple steps into your daily routine and you’ll be closer to a healthier, happier and more successful you!