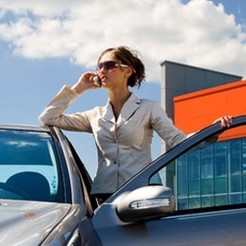 Trivett automotive group is set to change the culture of the traditionally male-dominated car sales and services industry by hiring only women for jobs in the sector, along with other initiatives.

The major Australian automotive group has received an exemption from the NSW Anti-Discrimination Board allowing it to actively recruit only female staff in the sectors of car sales and services advice.

Trivett’s Group General Manager Kirsty Duncan is ‘delighted to be at the forefront of the action’ in moving the industry forward and addressing the gender disparity.

She believes the change will be a positive one for both customers and staff.

‘A recent survey of our customer database found that female customers enjoy dealing with females and in some cases prefer it,’ said Duncan.

‘Furthermore, women are now significant influencers of car purchasing decisions, making up roughly 60 per cent of our car-buying population.’

This is one of only two exemptions the Anti-Discrimination board has granted in 2010, and the first exception ever for the automotive industry.

Trivett, which employs more than 500 people, aims to increase the percentage of female sales consultants from eight per cent to 25 per cent female over the course of the two-year exemption period, while hiring both men and women in other parts of the business.

The company is also introducing new training programs for its current employees, such as an etiquette and workplace behaviour training program. These initiatives are intended to better their communication styles and improve understanding of the needs of female customers.