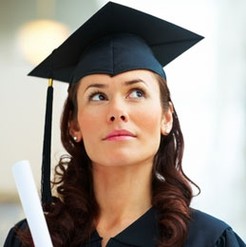 Study, graduate, get a good job. You could be forgiven for thinking that this is how your career will gloriously begin. But you could well be wrong.

A new report from Graduate Careers Australia shows that the availability of jobs for tertiary education graduates fell in 2010 for the second year in a row.

The report demonstrates that around 25 per cent of bachelor degree graduates had not found full-time employment within four months of completion of their studies – the highest figure since 1994.

The study also reveals that women were likelier than men to have entered a full-time job after uni, with employment rates of 76.8 per cent and 75.4 per cent respectively, and that men were more likely not to be working while looking for a full-time position.

Accounting and science graduates are also among the worst off when it comes to finding a job quickly after completing their studies.

GCA research manager Bruce Guthrie said that job availability for new graduates had at first been affected by the Global Financial Crisis, but continuing economic uncertainty has seen employers stay conservative when it comes to anticipating staffing levels and hiring. This has made for a very competitive graduate job market.

But according to Mr Guthrie, graduates might be about to receive a break.

‘We are now into the recruitment season for final year students and it seems that activity might be up a little this year, which suggests that graduate employment figures could show an improvement’, he said.

While graduates may face a less competitive environment to come, the research is a clear sign that today, a university degree alone won’t necessarily get you the job you’re after.

If you’re a final year student, or a recent graduate, there are a couple of things you can do to maximise your chances of landing your dream job after completing your studies.

This has been shown in the UK, where a January study conducted by graduate recruitment market research company High Fliers found that more than thirty per cent of 2011 UK graduate vacancies are filled by applicants who have already worked for the hiring organisation during their degree.

Just as important is to make sure you have a top-notch resume and cover letter. Since you don’t have years of experience to get you through the door, having a polished, professional resume will help enormously in grabbing the attention of recruiters.

Remember, you can’t afford to have a recruiter take one glance at your resume and move on. Do whatever it takes to transform your resume and cover letter into professional, formidable documents. Career FAQs offers a professional Resume Writing Service to help you achieve this, so you can land your first career-launching gig.

Take these steps, and you’ll be putting yourself in the best position possible to graduate and land the job you want.