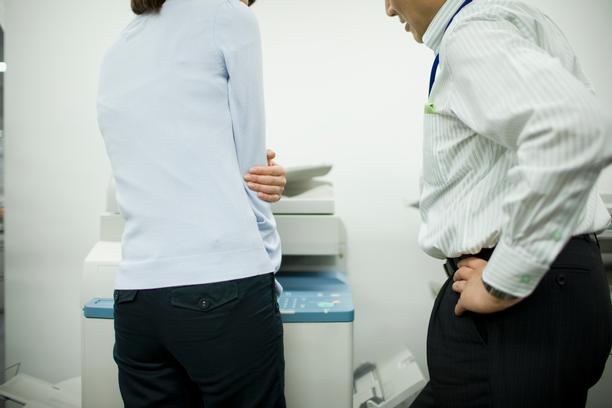 Sexual Harassment In The Workplace

Since the high-profile sexual harassment case of Kristy Fraser-Kirk against ex-David Jones CEO Mark McInnes, sexual harassment has been on everyone’s radar. This is a serious though often hidden issue, and it’s important that people are aware of what constitutes sexual harassment, and understand their rights and obligations.

Why are people so reluctant to report sexual harassment? Forty per cent of cases did not think it was serious enough, 15 per cent were fearful of negative consequences, 21 per cent had little faith in the complaints process, and 29 per cent chose to deal with the problem themselves. However, with cases like Fraser-Kirk’s raising awareness about this issue, people may be more likely to speak out and take action.

Workplace relations solicitor Amelia Peters believes that awareness and workplace culture around sexual harassment are generally improving, especially in the last few years – and that awareness is sure to increase even further in coming years.

There is a general lack of understanding about what sexual harassment is, and many who have experienced it don’t even realise it.

‘The legal definition of sexual harassment is actually quite specific – under the various pieces of state and federal anti-discrimination legislation there needs to be some kind of unwelcome conduct of a sexual nature in circumstances in which a reasonable person would have anticipated that the person harassed would be offended, humiliated or intimidated,’ says solicitor Peters.

This behaviour can include:

Sexual harassment does not have to be repeated or continuous to be against the law – it can be a one-off incident. It can be experienced by both men and women, but is much more commonly perpetrated against women, with young women particularly vulnerable to sexual harassment from their older, male managers or co-workers.

Sexual harassment does not need to be intentional to be considered harassment. ‘In my experience, most people claim that they are not aware that what they’ve done constitutes sexual harassment. However, in most jurisdictions, the intention of the harasser is irrelevant,’ says Peters.

It should be stressed that sexual harassment is not sexual interaction, flirtation, attraction or friendship which is invited, mutual, consensual or reciprocated.

All employers should have established policies and procedures around sexual harassment in place, and they can be held responsible for sexual harassment if they haven’t taken reasonable steps to prevent it. If sexual harassment occurs, appropriate actions need to be taken. It is against the law for anyone to victimise you for making a complaint.

The responsibilities of employers when it comes to sexual harassment include:

The key to sexual harassment prevention is communication: employees need to understand that sexual harassment is unacceptable and they need to understand the policies around it. A written policy is not enough – education and enforcement are vital. Employers also need to lead by example and foster a culture based on appropriate behaviour that is modeled by management.

If you experience sexual harassment, you can try to resolve the matter internally by following your employer’s complaints procedure or take it to the Australian Human Rights Commission (or the relevant state or territory anti-discrimination agency). You are not required to attempt to resolve your complaint within the workplace before approaching the Commission or relevant agency. You may also report criminal acts such as assault directly to the police.

‘Most sexual harassment complaints are resolved at the workplace level without reaching the Courts or tribunals. Most of the complaints that are made to the various anti-discrimination tribunals are resolved in the early stages via conciliation. This is an informal process whereby the parties sit around a table and discuss a mutually acceptable resolution of the complaint,’ says Peters.

Depending on what the complaint is about, conciliation can result in:

If conciliation does not work or the complaint is terminated, you can choose to take your complaint further to the Federal Court of Australia or Federal Magistrates Court for a decision.