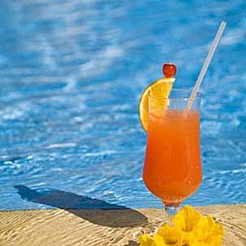 The best job in the world

A huge salary package, a multi-million dollar beach house and a job description to have fun. Is this the best job in the world?

The elusive career dream for many people is to land a gig where the work is enjoyable, the salary high and the office spacious: a job in which they live to work rather than work to live.

If you are reading this while cooped up in a beige cubicle with another seven hours of staring at spreadsheets ahead of you – imagine the following.

You are given a ticket to fly to Hamilton Island on the Great Barrier Reef, paid a whopping $150 000 for six months and put up rent-free in a multi-million dollar beach house.

Your mission, should you choose to accept it, is to have as much fun as possible. Not surprisingly, the currently advertised position of ‘caretaker’ on Hamilton Island is being billed as ‘The Best Job in the World’.

Too good to be true?

Well of course there’s a catch. Once you are shacked up in paradise you’ll have a few small responsibilities.

In between the swimming, snorkelling, sailing, lazing by the pool, socialising at the countless bars and restaurants, and soaking up rays, you will have to write weekly blogs and make photo diaries and video updates to tell the world exactly how much fun you are having.

It’s all part of an elaborate marketing campaign by Tourism Queensland aimed at increasing the profile of the Great Barrier Reef islands. The campaign is expected to generate $70 million worth of publicity worldwide – and you’ll be the main spokesperson.

Not surprisingly, the notion of swapping the rat race for island time has appealed to lots of people.

Nearly 20 000 people from 200 countries have applied for the position – in what has turned from an application process into a competition. New computers had to be brought in after servers were overloaded with applications – with the website getting 40 hits per second.

All candidates had to create a video application explaining why they were uniquely qualified for the job, but with the competition hot all the stops have been pulled out. People have sent out press releases, sourced their own media coverage and established websites dedicated to their application.