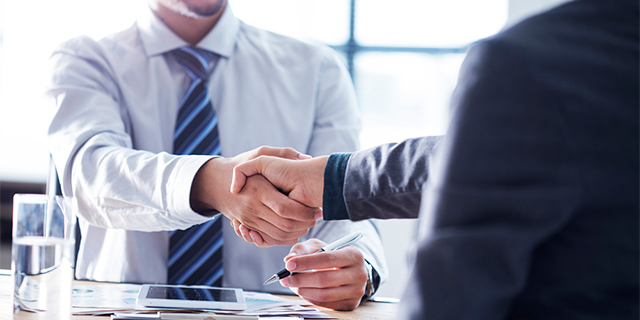 The Most Common Personality Traits In Successful People

What makes someone successful? There is no simple answer to that question, of course, and if there was, chances are we’d all be successful. There is often a blend of circumstance, a bit of luck, and the uniqueness of character. That said, as regards personality, there is a clear trend when it comes to the personality traits that successful people share. Here are those traits:

This is an obvious place to start, but there are almost no examples of people who got somewhere by being lazy or averse to hard work. Sure, there are people who were born into money, but any self-made person never became that way from shirking responsibility in terms of committing to the task. And often that means going above and beyond when the time comes. Sticking regimentally to the nine-to-five routine will make it infinitely harder to get to where you want to be. Successful people recognise that early.

With hard work comes to discipline. Remote working is often cited as an area that people feel they would not achieve in due to the issue of self-discipline. For a successful person, this would simply not be an issue. In fact, more often than not, successful people suffer from being too self-disciplined, meaning they can find it hard to switch off from work. It’s a fine line of course, but delaying until tomorrow what can be done today is not a mantra any successful person has lived by.

It is often said that successful people are those who take risks, but that is not strictly true. That would mean, in essence, that those with a conservative nature will never be successful, but clearly that is a false philosophy as there are countless examples of those who have ‘made it’ who are not inherent risk-takers as such. No, successful people are less afraid to fail or are at least willing to make failure a possibility. “Chances are, if you point out a successful person to be, we will soon discover that there have been failures in his or her past. It is those failures that make us who we are: we learn from our mistakes. People who are successful will take a risk as such in that they will not avoid something just because there is a possibility of failure. But that is not risk-taking either, which is something which could be construed as far more reckless,” says Brodie Hunter, a career expert at Academized and AustralianHelp.

Following swiftly on from the trait of not being afraid to fail is the fact that the majority of successful people are persistent. And it follows that if most successful people have failed in the past, then it was their willingness to try again that led to their ultimate success. “Persistence is a virtue in business, and it will often help you get to where you want to be. Don’t ever give up is the message,” states Natalie Lee, a business coach at Assignment Help Australia and EliteAssignmentHelp.

You may exclaim that seeing opportunities is a skill, not a personality trait, but in order to see those opportunities, you often have to overlook the challenges, and that requires a strong degree of optimism. Even in failure, opportunities can be found, and that is something that successful people recognise, often due to the very nature of their character. The glass is half full people.

Often what drives a successful person is a desire to prove and better themselves. This may be mistaken for naked ambition (and it’s true that many successful people are fiercely ambitious), but ambition alone is not enough. It is the desire to continuously learn new things, to gather the knowledge from others and to become better at what they do, not to mention explore new territory that characterises the majority of successful people. This is often the reason why successful individuals spot opportunities before others because their thirst for knowledge ensures they have their finger on the pulse. Rewards come to those who observe.

This article was produced for Career FAQs by Journalist Aimee Laurence from Marketing Essays Help and Law Essay Help where her specialist subjects are ethics and sustainability, as well as innovations in the tech industry.