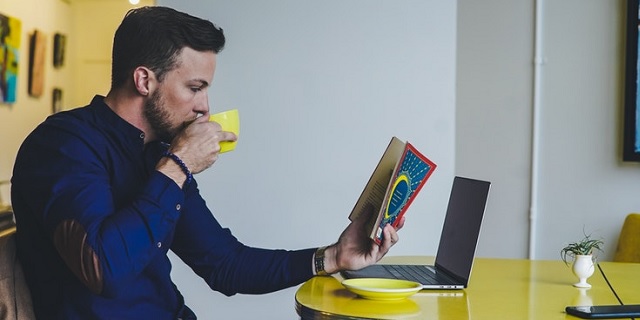 The 5 Hour Rule: What Is It and How Does It Work?

Being successful takes hard work and plenty of it. However, is putting your nose to the grindstone the best way to leave you fulfilled…?

Racking up hour after hour may be bringing in the green, however…

Is it making you blue?

If that’s the case, you need the 5-hour Rule in your life.

What is the 5-hour Rule? In a nutshell, the 5-hour rule is when you take a small amount of time out of your day to do something that improves your brain.

1 hour per day through the week = 5 hours. It couldn’t be simpler.

Believe it or not, someone once worked out the exact number of hours required to become a master of your chosen field. Canadian author and journalist Malcolm Gladwell believed 10,000 was a good figure, based on a study of violin students and their practising.

He also thought the Beatles put in around 10,000 hours too before they reached the heights of genius. (Gladwell must have really liked his music!) For some this was a generalisation and Gladwell was on shaky ground. In truth, the number of hours depend on the individual.

Memory wiz Steve Faloon can store strings of numbers in his mind. He did this with a reported 200 hours of practice. So as you can see, nothing is set in stone. That’s why the 5-hour rule is important – it keeps up the momentum, whether you need 200 hours or 2,000.

How you use that hour every day is up to you. You could read a book. Go for a walk. Or even just sit quietly contemplating the nature of existence! Whatever it is, make it a rule in your life. Feeding your mind according to the 5-hour rule is the perfect way to beef up your brain and have it sifting information the right way.

The 5-hour rule was famously applied by Benjamin Franklin. Franklin was the ultimate American multi-tasker… he was a Founding Father, author, politician, scientist, inventor and more. In short, he was no slouch! A better advert for the rule there could not be.

Whether you’re playing a violin or setting up a cleaning company, you require certain skills and those skills take practice. But it also takes the right kind of practice to make the most of the 5-hour rule.

Deliberate practice is the art of boosting performance rather than productivity. It maybe sounds strange because it emphasises quality over quantity. But in time you’ll have developed better performance skills, and that will aid your work rate.

So while you’re on that road to success you don’t just think about the destination. You’ve got to look after the vehicle you’re travelling in and make sure it’s topped up with the best kind of fuel!

Think Outside Your Own Box

Reflection is a key part of the 5-hour rule. Jeff Weiner (CEO of LinkedIn) goes the extra mile and spends 2 hours a day thinking. That’s right, using his loaf… mind you, he has the bread to be able to do that! In doing so, he can ponder what he did right, as well as his missteps. Many leading business people say you can learn as much from a failure as you can a success.

We Know What You’re Thinking…

It’s easy for the likes of Bill Gates and Jeff Weiner to schedule some time to stretch their legs and boil their noggin. A lot of workers don’t have that luxury because their days are jam-packed.

The thing to remember is that the most successful people are always learning. Why not pick up a book during your lunch hour to eat and read? Or pop in earbuds to listen to some soothing sounds while you consider your next career move?

Big breaks don’t just happen. You have to go out and make them happen. And by applying the 5-hour rule and getting your brain in shape, you’ll have the mental stamina to juggle those priorities. Give it time and you’ll be performing like a pro.