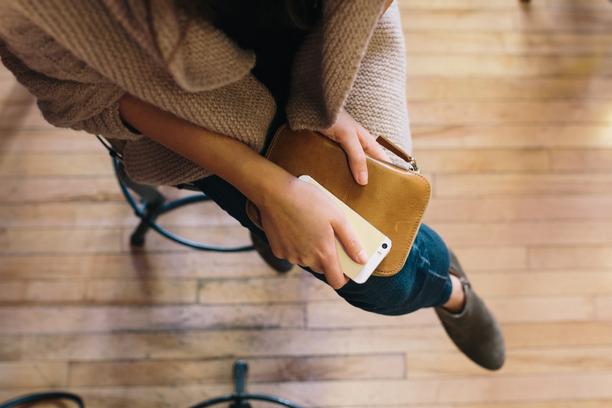 The Surprising Reasons Why You Might Resign This Year

What makes people quit their jobs? New research reveals that in addition to the usual suspects (lack of career development opportunities, conflicts with a coworker or manager, feeling that you’re not being fairly compensated for your work, etc.) there are certain triggers that can propel you to start penning your resignation letter. Read on to see if you think you might have one foot out the door sooner than you think.

About to hit a milestone birthday? Got a class reunion coming up? Better start working on your resume!

New research published in the Harvard Business Review reveals some surprising factors that can spur us to quit our jobs.

We tend to associate quitting with a bunch of different reasons – feeling undervalued and underpaid at work, resenting having to listen to your gossipy coworkers’ reenactment of last night’s Bachelor episode or absolutely hating that micromanage-y boss.

But as it turns out, it’s not just what happens at work that compels us to hand in our letter of resignation. Seemingly innocuous life events and personal milestones have a much bigger impact on your career decisions than you’d think.

CEB, a best-practice insight company, tracked when employees were most susceptible to quitting and found that while a change in manager or responsibilities was the number one trigger for workers throwing in the towel – causing a 17% jump in job search activity – attending a major gathering such as a class reunion came in a close second, causing a staggering 16% spike in job hunting!

Birthdays were also a trigger and caused a 12% increase in job search activity, while work anniversaries caused a 6-9% jump. 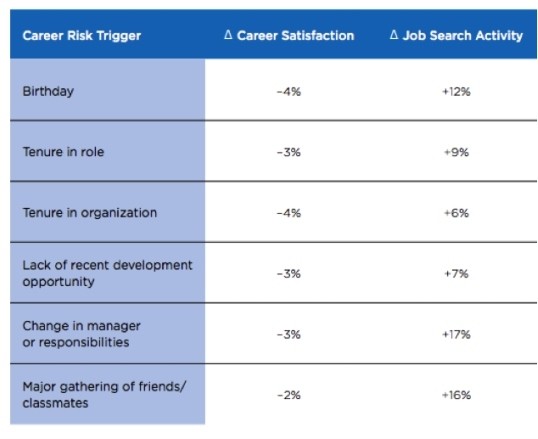 Brian Kropp, head of CEB’s HR practice explains, ‘what really affects people is their sense of how they’re doing compared to their peer group, or with where they thought they would be at a certain point in life.’

Birthdays and reunions are perfect little ‘wake-up calls’ — they force us to ask ourselves ‘Am I truly happy at work?’, ‘Is this where I really wanted to be at X age?’ and encourage us to draw parallels between our career successes and that of our friends. Our desire to keep up with the Joneses can be a powerful motivator to assess where we are in our lives, whether we’re in our 20s, 30s or 40s.

But you shouldn’t let these milestones (or the thought of them making you jump ship) freak you out. Instead, embrace them for what they can do for your career.

Research shows that if you stay at the same company for more than two years on average, you’ll end up earning 50% less over your lifetime compared to your job-hopping peers.

By switching companies and job hunting more frequently, you’ll more consistently ‘trade up’ job roles and increase your base salary each time. Beyond the monetary benefits, you’ll also get to expand your professional network, learn new skills and gain exposure to new specialities and industries.

So if you’re expecting a birthday cake this year that’s more candles than cake, or the HR department has just informed you that you’ve begun to accrue long service leave, you might want to start getting your resume in order.

Here are the 7 things you should look for in your next job.