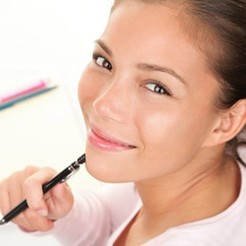 Boosting qualifications and skills is key to your employment future

Australia may see the creation of up to 9.3 million new jobs over the next 15 years, according to projections set out by Skills Australia in a recent report.

The key to filling those openings and preventing future skills shortages will be finding people with the right qualifications. So if you thought your studying days were behind you, you may have to think again.

Economic growth demands extra qualifications – and so does your career

Under the highest future growth scenario, the economic demand for qualifications will require that 62 per cent of employed people hold qualifications at the Certificate III level or above by 2015. The COAG (Council of Australia Governments) target would see 76 per cent of working-age Australians possess a Certificate III or higher qualification by 2020. This would necessitate an average annual increase in tertiary study enrolments of three per cent each year for at least the next 10 years – a target which may be difficult to achieve based on current enrolment rates. Skills Australia’s estimates project that by 2020, those with such qualifications will fall short of the COAG target by more than 1.5 million.

The highest growth in demand will be amongst professional, community and personal service workers. Eighteen per cent of job openings will be in professional occupations such as finance and insurance, and technical and computer services. High demand will also be seen in community and welfare services, carers and aides, university and vocational teachers, and sales and administration.

Concerted efforts have been made in recent years to increase education levels, strengthen the apprenticeship system and improve labour market support for the younger and older unemployed. In 2008, 54 per cent of people aged 20 to 64 had a post-school qualification, compared to 46 per cent 10 years earlier. This is a positive trend but may not be enough to meet future employment demand and fill Australia’s skill shortages and skill gaps.

This means that updating skills and qualifications will be important for many people, including those from a diverse range of backgrounds – workers in the mid to late stages of their careers, those living in remote and regional Australia, people with disabilities, indigenous Australians, people from culturally and linguistically diverse backgrounds, mature-aged students and single parents.

We also need to take measures to increase the proportion of school leavers who progress to tertiary education. It is only by increasing the proportion of adults participating in education and training that employment and economic targets will be met.

Employers therefore need to come up with flexible and innovative ways to support ongoing education and upskilling, and accommodate the training needs of employees at different stages of their working life.

To see a comprehensive range of courses that you can take to boost your qualifications and advance in your career, check out over 500 university courses, short courses and other vocational training courses here.