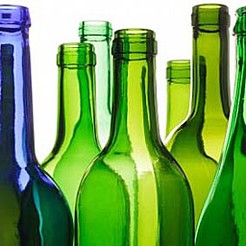 Clean up Australia and boost your career

No ifs or butts! This weekend, help restore some of Australia's beauty and boost your career while you're there.

Giving a helping hand will not only give you the warm and fuzzy satisfaction of having helped our crisis-struck country, it can also boost your career prospects. Community involvement as a volunteer looks great on your resume and can lead to other career opportunities.

Volunteering experience shows prospective employers that you are active in your community, responsible, self motivated (even without the motivation of money), and a hard worker.

Cigarette butts have been the most found item for the past 13 years. Butts present dangers such as ingestion by animals and risk of sparking bushfire.

If you’re passionate about the environment you could turn your interest into a career. No matter your skills and abilities, you could help the environment and get paid for it working in science, trades, law, policy, education or engineering.

Ian Kiernan, Chairman of Clean up Australia, first became interested in cleaning the planet while on a single-handed, round-the-world yacht race.

‘During the race I became really concerned at the state of the world’s oceans. We had been encouraged to hold our plastics on board in order to educate thousands of school children, who were studying the race, about how much plastic we might have thrown in the world’s oceans – but didn’t.

‘That was a trigger for me, because I started seeing plastics everywhere. I decided I would do something about it in my own backyard, Sydney Harbour, when I returned to Australia.’

Kiernan worked in the building industry at the time but following the success of the first Clean Up Australia Day made his full-time career working for a better environment.