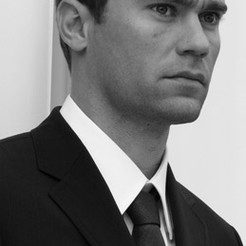 'I was tired of living in Luxembourg, sick of my job and I needed a break.

A former colleague of mine was travelling around Australia and told me about this working holiday visa, which I’d never heard of before. I thought it was a good way to travel and see Australia while also working and enjoying my time there.'

Nicolas, 31, is a French traveller in Australia who originally came on a working holiday visa. During his time in Sydney he has worked as a ghost in an Easter Show haunted house, a labourer, waiter, gardener, kitchen cleaner and removalist before landing an accounting role. He has pursued studies in Australia and has just been sponsored by an employer to stay and work as an auditor.

Nicolas shares his first impressions of Australia and some of the experiences he has been through since coming here.


What were you doing for work before you came to Australia?

I was working as an accountant in Luxembourg, where I worked for four years.

What did you study at college?

I attended a graduate business school for three years, then I did a Master’s in Finance and Accounting.

What made you decide to do a working holiday in Australia?

I was tired of living in Luxembourg, sick of my job and I needed a break. A former colleague of mine was travelling around Australia and told me about this working holiday visa, which I’d never heard of before. I thought it was a good way to travel and see Australia while also working and enjoying my time there.

Was it hard to get a working holiday visa?

No, it was pretty easy.

Did you apply directly with the Australian Embassy or did you apply through a migration company?

I applied for my working holiday visa online, without any migration agent, because they charge a lot of money!

What were your first impressions of Australia?

When I first arrived in Sydney it was sunny and hot, so my first impression was of the beautiful weather. I also found the people to be very helpful – when I was lost people came straight away to help.

How did you find accommodation?

The night before taking the plane I was told to head to Bondi Beach and find a backpackers’ hostel, and from there to get to know Sydney and then choose a place to live.

What jobs have you had and how did you find them?

I stayed in the backpacker’s for six to eight months, and the main reason was so I could hear about jobs through word of mouth. In the backpacker’s you have many guys from everywhere, with all different kinds of skills – waiters, electricians, carpenters – so that helped me to make connections and find some jobs like labouring, gardening, construction.

After a while, I had the opportunity to work in catering at Luna Park, which I found out about through word of mouth. There were lots of job opportunities there because it was the Christmas season and there were many company functions.

Then I went back to doing manual jobs, mostly removals, as well as construction, and I eventually found an accounting job.

How did you get the accounting job?

I was tired of doing casual jobs, I wanted something more stable, and I managed to get a list of contacts of French people working in some French companies here in Australia. I spent a day in an Internet café and sent out about 400 resumes. Out of all those people I sent my resume to, only two or three guys called me back asking me about the nature of my visa and my skills, and one was willing to interview me – and that’s how I got my job. It was just a temporary job replacing someone who was on maternity leave.

What was your worst job in Australia?

Before I found my accounting job, I was working as a ghost in the haunted house at the Easter Show. It sounds interesting and everyone dreams about that kind of life, entertaining people with other travellers – but it was a nightmare. It was long hours, really bad pay, and people weren’t treated well because the employer knew there were so many other backpackers willing to do the job. So bad money, bad atmosphere and long hours. Now looking back it was a funny experience, but at the time it was pretty hard.

Actually, I thought of one even worse job I had, which was being a kitchen cleaner at a backpacker’s. Compared to that, being a ghost was great fun!

Have you done any courses while you’ve been here?

Yes, I extended my stay here with a student visa. I’m studying business at a college in the city. I’m going to school and attending lectures, and I’ve been there since December. But I can’t work much with a student visa, you are only allowed to work 20 hours a week with the same employer, and you need to attend at least 80 per cent of lectures.

You just found a company to sponsor you for a working visa. How did you find this job?

I knew that my only chance to get sponsored was to apply for jobs in my area, which is auditing. I knew that the Big Four companies (PricewaterhouseCoopers, Deloitte Touche Tohmatsu, Ernst & Young, KPMG) would start hiring again after the downturn last year so I just focused on them – because they were the kind of companies who could afford to sponsor someone like me.

I was lucky. Among the Big Four, two were interested in interviewing me. I was out of practice with interviews because I hadn’t been involved in the business for six months, so it was a kind of rediscovery process. I had a few other phone interviews for jobs in Europe and that helped me to practise again, so I got better. I had four different interviews with my company and met six different people, and each time I managed to convince them to go further into the process.

So the company is sponsoring you on a working visa as an employer-sponsored worker?

Yes. I signed a contract for two years, with the possibility of extension for two additional years. But in the meantime if they aren’t happy with me and I don’t pass my probation period, then I only have 26 days to find another sponsorship, or I’m asked to leave the country.

Can you leave the company before the two years?

No, it’s a kind of commitment.

Can you apply for residency while you’re working for them?

Yes, I can. Normally it can take between two and three years to get an answer once you’ve lodged an application, but being sponsored can speed up the process – so my plan is that once my working visa comes through I will lodge my application for a permanent resident visa.

It helps that on the skilled occupation list, the position of auditor is one of the top ranked.

When did you decide that you wanted to settle here?

It was a step-by-step process. I’ve had a good time but also some bad times too, struggling to find a job. I decided to try to extend my stay, find a job and settle down so I could enjoy my stay here more than I had before.

What was your English like before you came here?

Pretty much the same as now. I think it even got worse because I spend the day with my flatmate, who is also French. But I’ve improved my English by watching TV and reading the newspaper.

Have you found it easy to make friends?

When I was living in the backpacker’s it was quite easy to meet people and make friends, but most of them are travellers so they leave after a while. Meeting travellers is easy, but meeting locals is harder if you’re not working because you don’t want to spend money, so it’s more difficult to socialise. I was socialising more when I was working as an accountant, but when that job ended I just focused on my job search.

How did you fund your trip?

I had saved money while I was working in Luxembourg, and otherwise I just tried to make money working here.

You need to arrive with a certain amount of money, between AUD$3000 and $4000 in your bank account. That’s something Customs may ask you when you arrive in Australia.

Do you think you’ll eventually return to France?

Oh, sure. I don’t think I’ll stay in Australia forever.

What’s been the best aspect of your visit so far?

The best thing is that I had time to think, to have a break and discover a new kind of world. I wanted to change my job and have a different experience, but now I’m happy to return to the office.