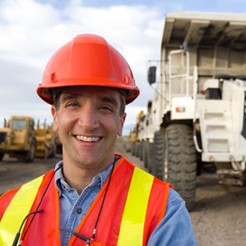 Geographically, the two big winners have been Western Australia and Queensland, which accounted for almost two thirds of the new mining jobs between them. NSW, South Australia and Victoria also recorded modest gains in mining jobs.

Western Australia and Queensland also enjoyed a flow-on effect, with overall job numbers increasing by 54 000 and 24 000 workers, respectively. They also accounted for the vast majority of new health and aged care worker positions.

Australia’s previous largest employment sector, retail, has been losing ground since 2009, with a further 35 100 workers lost this past year, mostly in Victoria. Other sectors to suffer job losses included accommodation and catering, transport, warehousing, wholesale and manufacturing.

Browse our health courses, aged care courses and mining courses to get qualified and get a job!

Read more: Mining jobs: how to get in on the action