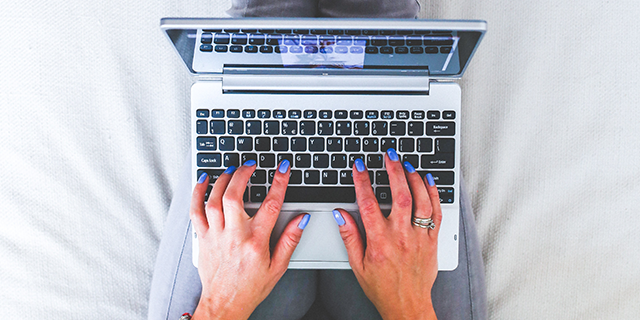 Essay Mills – Would You Do It?

The problem: You’re a stressed-out student with a looming essay deadline and no time to write it. The answer: Paying some anonymous writer from your pick of essay mills to do it for you.

It’s a basic business model that has been used by time-poor (or lazy) students around the globe for years. Turns out outsourcing your study is serious business…..and can land you in serious trouble. Universities are calling to legally ban essay mills and hit owners with fines and even jail time – eek!

Let’s take a look at the murky but not exactly illegal (yet) world of essay mills in Australia.

How Do Essay Mills Work?

Basically, an “essay mill” is a website that provides written-to-order papers for students to submit as part of their degrees.

Let’s say you’re a uni student with a paper due in three days…… and you’ve spent exactly no time on it.

Panic ensues and you get googling ‘how do I get help with my essays’.…and *ta-dah* you’re presented with a bunch of essay mill websites with hundreds of *experienced* writers just waiting to write your assignment for a fee.

You upload the brief, select the date you need it by and plug in your credit card details.

All going well, your freshly written essay should arrive in your inbox on the due date.

Sounds great – except for the outrageous plagiarism issue and potential repercussions of passing it off as your own work.

Essay mills – also known as ‘contract cheating’ – aren’t just a service for lazy students who procrastinate until the 11th hour though.

According to a survey by The University of South Australia, there were higher rates of cheating among international students and students who spoke a language other than English at home.

This could indicate language issues as the reason some students outsource their projects.

But is passing an assessment worth the repercussions of being caught?

Under a university’s misconduct policies, ‘contract cheating’ has hefty consequences for university students which could include expulsion, revoking course credits, or a permanent record of cheating.

Is Selling Essays Illegal In Australia?

What about those who write and sell the essays? Are they breaking the law?

In Australia, while it’s undoubtedly morally dubious, it’s not actually illegal for a company to offer an essay assistance service.

Many companies trade in the grey zone – marketing themselves as an online service that simply helps students by proofreading and editing their essays. Students submit work to receive suggestions for improvement and basic grammar and spelling checks.

The company might suggest a couple of paragraphs that could be cleared up and point out the conclusion needs some work.

Nothing too shady there.

However, there’s often a more costly service where essays are completely rewritten by the company.

It’s not just a polish of existing work, it’s a total makeover – a new and improved essay. Or….there’s no existing work to start with and the company writes it from scratch based on the student’s brief.

Deciding what is and is not an “essay mill” is often tricky to establish but universities want them shut down and are calling for stronger legal repercussions.

In April 2019, the Australian Education Minister Dan Tehan made it clear he wanted to introduce new legislation in Australia wherein anyone guilty of providing an essay service or taking an exam on behalf of a student would face penalties of up to two years in prison or fines of up to AUD $210,000.

“Contract cheating activity, if left unchecked, poses a significant threat to the integrity and reputation of Australia’s higher education sector both domestically and internationally.”

“The Government is currently drafting legislation that would make it an offence to provide or advertise cheating services in higher education in Australia.”

How Much Do Essay Mills Cost?

The now-defunct MyMaster, a Sydney-based writing company that was exposed by Fairfax Media, prices ranged from $80 for 500 words to $620 for 3000 words. Fees doubled for an urgent turn around time. It was a huge scandal back in 2104 with many students – mainly international students – using MyMasters services for ghostwritten essays and to have others take online tests for them.

Other services come cheaper, at $85 per 1200 words but you get what you pay for. This article from the ABC revealed cheaper services resulted in essays riddled with grammatical errors.

These sites may not be illegal (yet) but the repercussions of getting someone else to write your essay for you is not something you want to take lightly.

If you’re struggling with your studies and getting work done on time, why not focus on sharpening your time management skills and study tactics instead of heading down the murky path of essay mills.