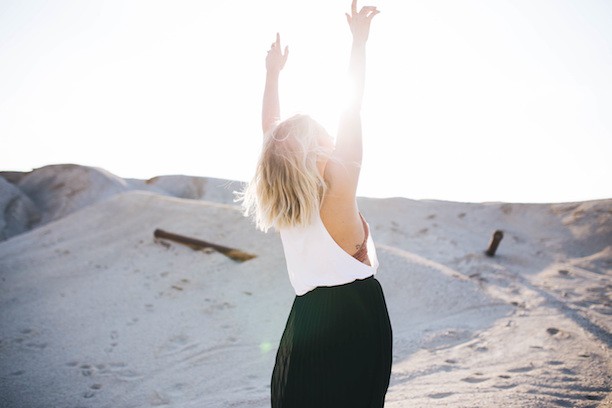 How To Be Happier, According To Science [Infographic]

We could all do with a bit more happiness in our lives.

According to science, happiness comes down to four feel-good neurochemicals:

But I probably don't have to tell you that being happy isn't always easy.

Because life's like a rollercoaster – there are lots of ups and downs. Research studies consistently find a U-bend pattern in life where happiness plummets in middle age; then steadily rises again through our senior years.

The good news is, you can choose to be happier.

Here's the research on how to get a happiness boost:

How important are relationships to happiness?

According to a seminal US study, 'warm relationships throughout life have the greatest positive impact on life satisfaction.'

The study documented the lives of a group of men for 72 years, and lead researcher, Dr George Valliant, says it proved two things:

The same thing can be said for smartphones, with a UK study finding that high use of mobile phones:

So get off your phones, sign out of Facebook and spend some quality time with the people you love!

2. Get sweaty to get smiling

Getting your sweat on will give you a hit of feel-good neurochemicals, giving your brain and body a natural high!

Studies consistently find that exercise boosts mood, and those who exercise on a regular basis are happier and more satisfied with their lives than their sedentary counterparts.

'Doing more exercise than you typically do can give you a burst of pleasant-activated feelings.' – Amanda Hyde, Penn State University

For the best workouts, science suggests:

A study conducted by the London School of Economics and Political Science concluded people were substantially happier outdoors, surrounded by nature than they were in urban environments.

Other scientific studies have also found interacting with nature:

4. Say thank you, and be grateful!

It might sound trivial, but the simple act of saying thank you can go a long way.

'We scientists have found that doing a kindness produces the single more reliable momentary increase in wellbeing of any exercise we have tested,' says Professor Martin Seligman, author of Flourish: A Visionary New Understanding of Happiness and Wellbeing.

Reserch studies consistently find a strong link between gratitude and happiness. And to maximise happiness, science recommends we say thank you with a: