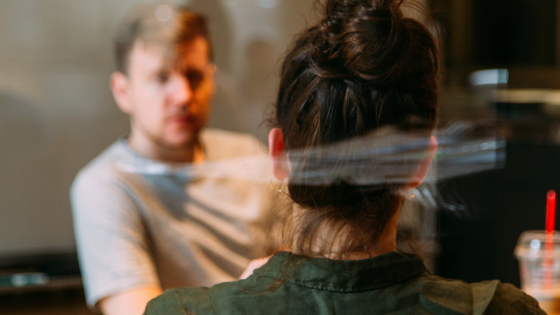 8 Signs You’re About to Lose Your Job

Being fired doesn’t usually come without any warning at all. Normally there are a few subtle (or obvious!) signs you’re about to lose your job. Get the feeling your role is in jeopardy? It’s time to take action ASAP.

If you’re on the firing line, your boss will need to create a paper trail; and a collection of poor performance reviews are solid examples of problem areas.

You’re likely to be given the opportunity to improve after an initial poor performance but if nothing changes, well, it’s time to break out your CV.

During a review, listen for tell-tale feedback phrases such as –

This type of feedback highlights ‘attitude’ or soft skill issues which are usually assumed to be ingrained and unfixable.

A Management ‘Shake-up’ or Merger Is Imminent

New management, mergers or restructuring can leave everyone a bit on edge – these events are often a time for a company to clean house.

A merger is especially precarious because it means duplication of many jobs which means….redundancies.

A new management team always has plans to shake things up – which usually means shaking some roles out….out the door.

You’re Training A New Employee (About Your Job)

Suddenly in charge of training the office newbie about your job?

Sure, your boss told you to train them so you can get extra support during busy times or if you’re away….but is there another meaning?

Find a job description that sounds suspiciously (exactly) like your role at your company on Seek.com is also another sign. Some employers aren’t very tactful when they want you gone!

You’re Not Getting Along With Your Boss Anymore

Feeling tense vibes whenever you’re in the same room as your boss?

A quickly deteriorating relationship with your boss is a key indicator you might be about to lose your job.

Ignoring you, speaking over you, publicly shutting down your ideas or grilling you in front of the team are major signs your boss isn’t supporting you.

Knowing you’re on the verge of getting fired, they’ll feel uncomfortable will probably limit interaction and create distance between the two of you.

You’re Getting Passed Over For Projects

You were once the go-to person for certain projects, but now it’s like helloooooo you don’t even exist.

If projects are getting handed out to everyone else except you, it’s not a good sign. Or maybe a colleague has been put on to ‘help’ you manage a project you’ve been leading.

Either way, a reduction in workload, despite asking for more to do, could be a warning sign your exit is on the horizon.

You’re Being Micromanaged And Asked To Account For Your Time

Never had to log a timesheet before but suddenly your boss wants to know exactly how many minutes after 9am you arrived?

Any autonomy you had is gone – your boss has turned into a micromanager, constantly asking for project updates and accounts of your time.

It could go to the other extreme too – your boss is nowhere to be found when you need them or they’ve dropped your usually weekly one-on-one meeting to once a month.

If they’re making your work life difficult either by ignoring you or breathing down your neck, sorry to say, things don’t look promising.

The most brutal and obvious sign of all – you can’t even get into the building. You’re not about to lose your job; you have.

You’ve Been Asked To Take Leave

“We’d like you to take an extended leave break”…

Uh oh. You can probably tack onto the end of this sentence….”and never return.”

It’s one thing to take time off for the blow out trip to Bali you’ve been planning for months.

It’s another thing entirely to have your boss ask you to take leave. Probably won’t include a flight an accommodation package.

Even if your boss says “we think it’s best for you and the company..” you both know it’s just best for the company – you’re about to lose your job.

What To Do When You’re About to Lose Your Job

If any of the above signs are feeling a little too familiar, it’s time to take action.

Updating your CV is your first step – we’ve got some resume and cover letter templates to use if you feel like your resume needs a refresh.  Then you’re ready to hit the job hunt – be sure to check out our job hunting tips here.

Hopefully, you’ll score an interview and land yourself an amazing new role before you even hear your boss say….

” Do you have a few minutes to talk in private please?”