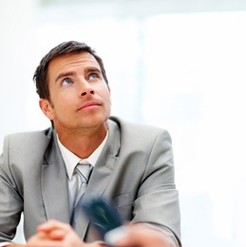 The survey of 4500 employees from different jobs and industries in Australasia has found that between August 2009 and February 2010, more workers than ever began looking for a new job or thought about doing so. Thirty eight per cent of workers said they were actively looking for a new job – double the proportion from the preceding six months – and 58 per cent were ‘considering their options’.

One in six workers actually applied for a new position – 64 per cent more than between February and August 2009, when the economic downturn was at its worst and people were hanging onto their jobs for dear life.

Many companies had to impose tough measures to weather the economic crisis last year, with the introduction of nine-day fortnights and pay rise freezes – but it seems that these survival tactics are now causing a worker backlash, according to Grant Sexton, chief executive of Leadership Management Australasia, which conducted the survey.

‘Employers realised that they needed staff on board for when the economy came back up. The problem is that the economy is recovering but managers are focusing on restoring their profits rather than rewarding their employees. Employees not only deserve to share in the fruits of the recovery, with interest rates on the rise again as the economy heats up, they actually need to,’ says Sexton.

Eighty seven per cent of employees actually want to stay with their employer, but only 64 per cent believe this is possible because of a perceived lack of job security and opportunity in their present position. According to the survey, job security is the second most important influence on workplace performance, and opportunities for career development is the second most important factor for staying with an organisation.

However, over 30 per cent of employees had received little or no assurance from their employer about the future, leading many to consider jumping ship before they are shipped out. The failure of many employers to talk about the future with their staff indicates a lack of understanding of employees’ perspectives and needs.

Replacing employees incurs a great cost, so this recent trend for workers to look elsewhere is worrying for employers and means they should think hard about improving their workplace communications. For job seekers, however, this could be good news as employers offer more salary and incentives to both recruit and retain staff.