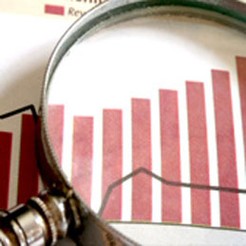 Pay packets on the rise

The results are in from the 2008 Hays Salary Survey and, fortunately for employees, it looks like wages are on the up and up, especially if you are in the right state, the right industry and the right job.

With rents, petrol and grocery prices shooting through the roof, all eyes are focused on income and it pays to have a salary that can keep up with the rising cost of living.

According to the newly released Hays data, which has been collated from across 16 employment sectors, more than 60 per cent of Australian employers expect salaries to increase by 3 to 6 per cent during their next pay review, while 16 per cent are looking at even greater increases.

Salary hike hotspots are present across a range of industries and specific job titles depending on where the need for candidates is highest.

Nationally, the construction and engineering, mining and resources, and professional services sectors experienced the fastest growth, with more than a third of employers in each sector increasing salaries by more than 6 per cent.

The most notable increases occurred in the boom states of South Australia, Queensland and Western Australia.

In civil and structural engineering, the workers in the highest income brackets saw a strong 13.3 per cent rise. In the banking sector, financial planners were the biggest winners with a 6.7 per cent pay rise.

HR directors raked in an extra 7.6 per cent, while in the IT game, infrastructure and support staff with 1 to 2 years experience had the most notable rise, with an 11.6 per cent average increase across the country.

It's also a great time to be in manufacturing and operations; project engineers with more than five years experience are earning an extra 29.3 per cent. Process engineers weren't too far behind with a 28.3 per cent rise, followed by graduate engineers from all disciplines at 11.5 per cent.

Within development, architects received the highest increases with typical salaries rising from $125 000 to $140 000 in Sydney and $100 000 to $120 000 in Canberra. And if you're in mining, metalliferous geology was the place to see a happier payday.

Beyond the salary surge, the survey showed that employers are starting to focus more heavily on improving company benefits, work environments and performance-based bonuses.

In-house lawyers didn't see a spike in their pay packet, but they can look forward to larger bonuses and sign-on fees. And while salaries were stable over the last 12 months for contact centre staff, more employees were offered attractive bonus and benefit packages.

Director of Hays, Graeme Doyle, said permanent staffing levels were set to increase and that the report reflected a positive outlook on the Australian job market despite weaker financial performances in some employment sectors.

'This reaffirms the solid base upon which Australasia's business strength is built. Steady jobs growth is still the dominant feature of Australasia's recruitment market and there are plenty of examples of significant salary increases that testify to its ongoing strength', Doyle said.