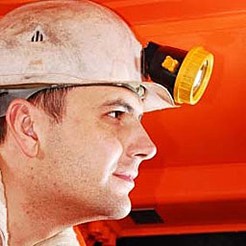 Resources sector looks to the future

Coming off the back of a mining boom the economic downturn has left the resources sector somewhat startled – but it's not all doom and gloom.

At the beginning of 2008, the resources sector was renowned for paying big bucks as it attempted to lure skilled workers to combat a shortage that was holding back the booming industry from its full potential.

Soaring demand from China and India created 21 000 resources jobs over four years in Queensland alone. More than 5500 staff were taken on in the first half of last year when demand peaked and prices hit record highs.

Fast forward a year and the falling dollar, the global economic crisis and its dire impact on China’s economy, tightening of available credit and falling commodity prices has blown away thousands of jobs – with many more under threat.

But while these are challenging times, the long-term outlook for the sector is not as depressing as it may seem.

The Queensland Resources Council believes that the current mine closures and job losses have to be put in context and that the industry will be able to hold on to most of the gains made over the past four years. However, the union representing coal miners says that QRC is out of touch with mine workers by playing down the effects of job losses.

The National Skills Industry Council representing drilling, mining, quarrying and civil infrastructure (Skills DMC) says while the economic downturn has created a sense of panic throughout the industry there are some definite bright spots.

In Queensland, the expanding Coal Seam Gas sector is expected to require thousands of workers in coming years. Civil infrastructure is also set to see very positive growth and ongoing expansion while the price of gold is performing better than ever despite the majority of commodity prices falling. And although China is experiencing difficulties, India has been relatively sheltered from the economic downturn and still offers opportunities for expansion.

Furthermore, an ageing workforce who are coming up to retirement means there will be plenty of job opportunities for the up and comers who see a future in one of the broad career areas that mining has to offer.

SkillsDMC believes the development of a nationally recognised workforce development system is crucial to getting through these tough times. They are looking at attracting people to the industry at a younger age and retaining them for a longer period – so that the industry is well positioned when the recovery comes.

According to SkillsDMC, approximately 35 000 new entrants will be required each year to maintain and grow a workforce that is aligned with industry needs and to replace the workers who are due to retire over the next five to 10 years.