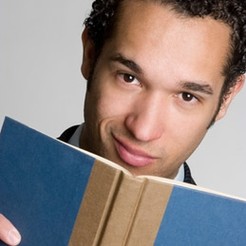 Study to get ahead during the GFC

There are two ways of looking at the current recession: as a problem, or as an opportunity. Wouldn’t you rather be someone who uses this time to your advantage, to further your career and open up new horizons for yourself?

Recessions are traditionally a time when people look to further study to gain extra qualifications in their chosen field, or retrain so they can pursue a different path. Those who are unemployed or made redundant suddenly have the chance to take a break and reassess where they’re at in their careers, and those who do have jobs are wise to look ahead and make contingency plans.

Returning to study to either retrain or brush up on your existing skills is a great way of using the down time of a recession productively, especially as the opportunity cost is lower than at other times. This is your chance to finally pursue what you’ve always dreamt of, or simply set yourself up for the future while giving yourself a competitive edge over your competitors in the job market. Think of it as an investment in your long-term future – and by the time you finish studying, the market may very well have picked up and you’ll be ready and armed with new qualifications.

According to Cratis Hippocrates, General Manager for Open Universities Australia (OUA), further education can help those who have been retrenched prepare for the inevitable market upswing and provide a gateway into the next phase of their careers. A recent survey found that one in six businesses believed that the economic situation was starting to improve, with half expecting an upturn in 2010. A third said that skills development and training would be a priority once the economy recovers – so it’s a good idea to get a head start now.

Post-graduate programs such as the Executive MBA, Master of Taxation and Master of Marketing have been very popular with OUA students, as well as undergraduate degrees in education and accounting. Hippocrates believes that other areas of future job demand and growth include the health sciences and health support service industries, such as nursing and health/hospital administration; business technology; and creative media, ranging from traditional journalism to digital media and computer animation – so it might be worth looking into courses that will give you a leg up in these growth industries.

With the range of study options now available, you can choose amongst an array of courses and delivery methods. You can do part-time study, full-time study or distance study through online courses – whatever best suits your schedule, lifestyle, circumstances and learning methods.

Ashkan Fitzgerald, 36, is a part-time student who has already had a varied career. After studying and practising law, he moved into sales management. He is now studying part-time for an Executive MBA through OUA–RMIT.

‘Going back to study has given me a new lease on life,’ says Fitzgerald. ‘At times you start to feel stale, but since I’ve started studying again I feel like I’m really doing something with my brain and the prospect of a higher achievement is refreshing.’

‘I’m doing an Executive MBA via distance education and aside from the knowledge, the network of other like-minded people I have met has been very enriching – people from all walks of life, from business owners to new graduates to over-qualified surgeons! I also started studying again because I have aspirations of moving up the corporate ladder and most companies need that piece of paper to justify the pay raise you deserve.’

Check out our online courses.