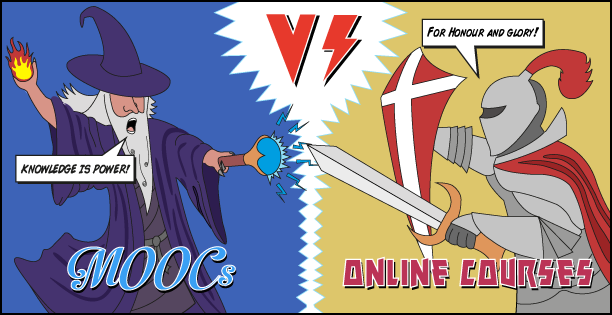 Since the New Yorker declared the ‘Year of the MOOC’ in 2012, we’ve all gone a little gaga over the M-word. But in all that hype a very important differentiation has been lost – that is, that the MOOC is a very different beast to the current offerings in online education.

No one would dispute that any development that allows a Nobel laureate to teach a million students around the world is a good thing, but there’s a way to go before MOOCs are able to fulfil the broad needs of public education, or offer tangible employment outcomes.

Online courses are enjoying unprecedented popularity, with almost one in four Australian students now studying off-campus through local providers. In contrast, the Grattan Institute’s The Online Evolution reports that only 7000 Australian students had signed up with MOOC provider Coursera by August 2012.

Here in Australia we have some very established online players: Open Colleges have educated over 700,000 students since they began in 2011; Open Universities Australia (OUA) had 60,000 on their books in 2012; and SEEK Learning has welcomed over 150,000 through its virtual doors since 2004. And it’s not just a game for conglomerates: the largest single tertiary provider is Charles Sturt University, with 29,000 off-campus students.

These are significant numbers and enrolments continue to trend upwards. OUA enjoyed a 17 per cent growth in enrolments last year and are at four times their numbers from five years ago.

There’s no doubt there’s a place for both kinds of courses, and each has its benefits and drawbacks. Here’s a comparison of the two – MOOCs vs online courses – so you can find the best option for you.

Would you do a MOOC course or have you studied online? Leave a comment and tell us what you think.